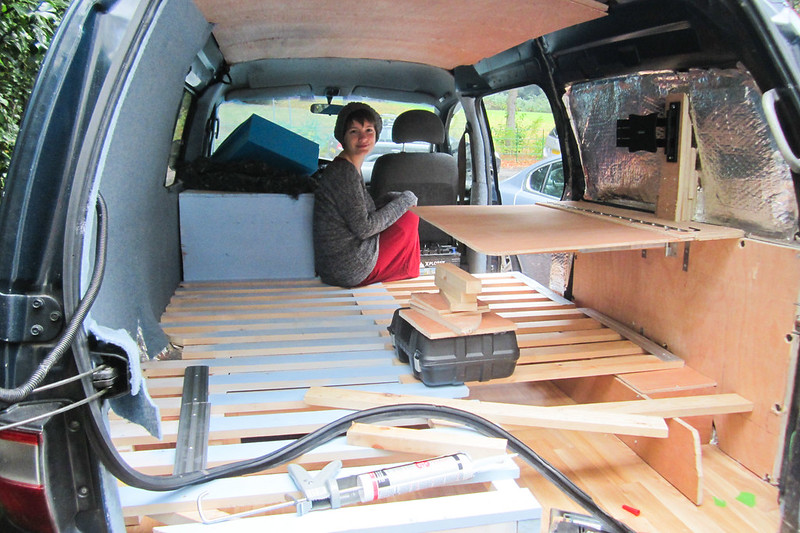 Whilst insulating our van, we had also been creating sketches of what we thought that the interior of the van might look like, thinking about furniture. We knew that we wanted a comfortable double bed, with real mattresses, a counter on which we could cook, space for a cooler, a table to use as a work space, somewhere to sit, and possibly a cold water sink system. The problem was, this all seemed like an awful lot to find inside of such a small space. So we began by designing the largest piece of furniture, the bed. 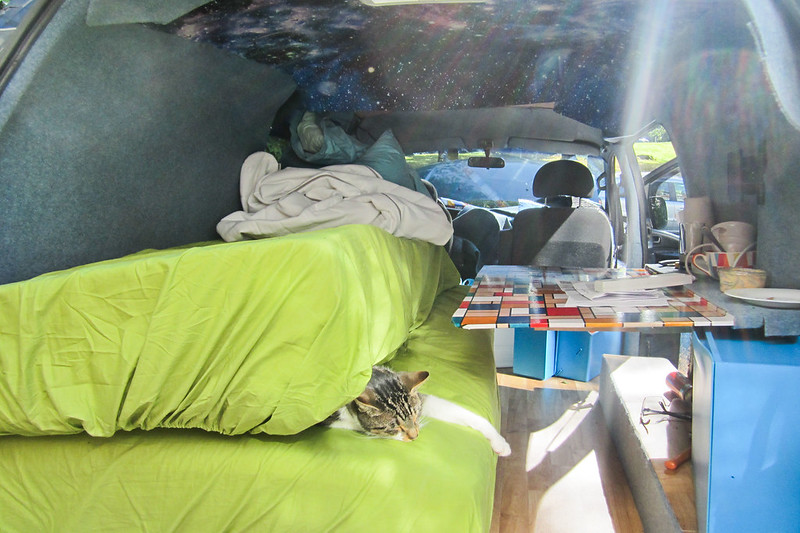 We’d seen numerous examples of people with sofa beds inside vans, and this seemed like the ideal solution for us. The problem was, we couldn’t fit a sofa bed inside the van, and most of the sofa beds we had found came with horribly uncomfortable mattresses. We also wanted to make the most use of the space under the bed, to fit in as much storage space as possible, as we’d seen that more storage was always a recommendation from other people who had done something similar, in similar small spaces.

We looked at the prices for a bed that met all of these factors, and after a couple of trips to ikea, decided that it would be much easier, and more affordable, to just build our own. We created wooden slats, that would pull out from eachother, and built a bed just low enough for us to be able to sit comfortable, without our heads hitting the ceiling, when the bed was being used as a sofa, but with legs just high enough for storage space underneath. We bought two single mattresses, and then cut one of the mattresses to be slightly smaller, so that we could use the second mattress as a back for the sofa, too. 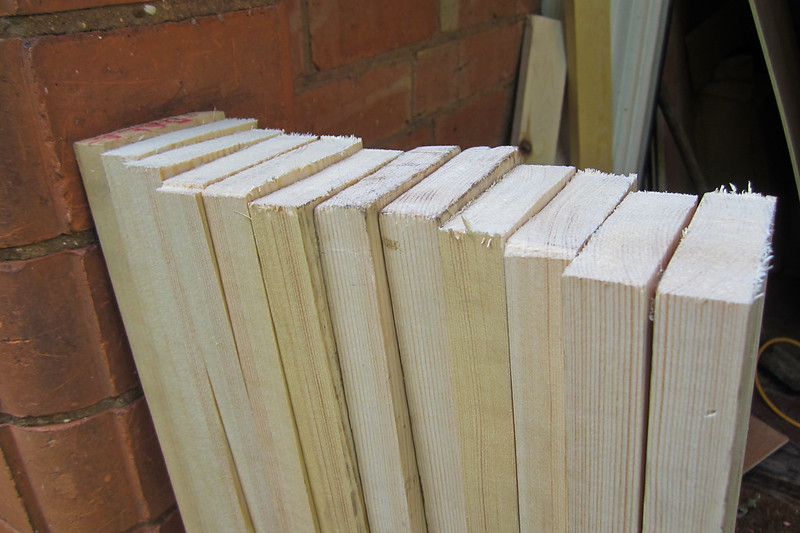 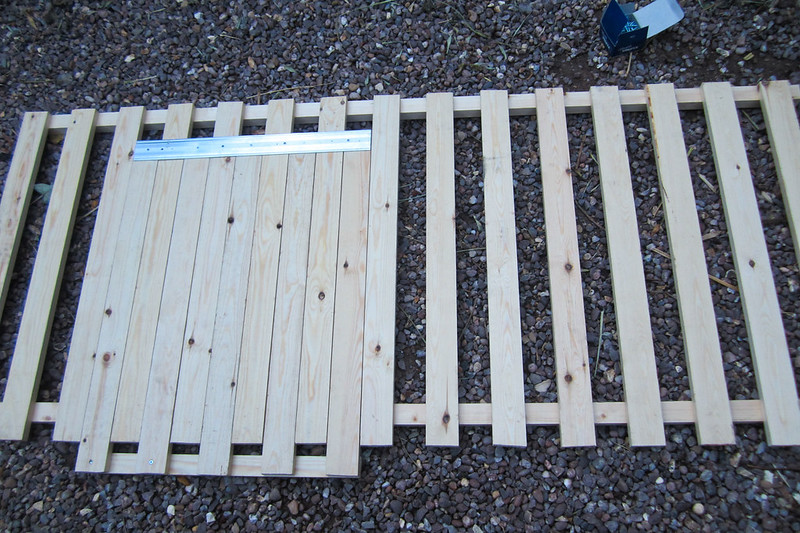 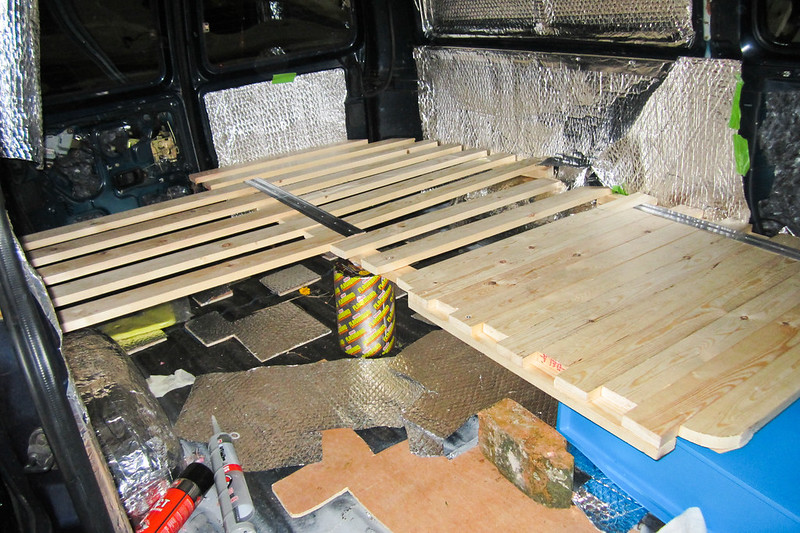 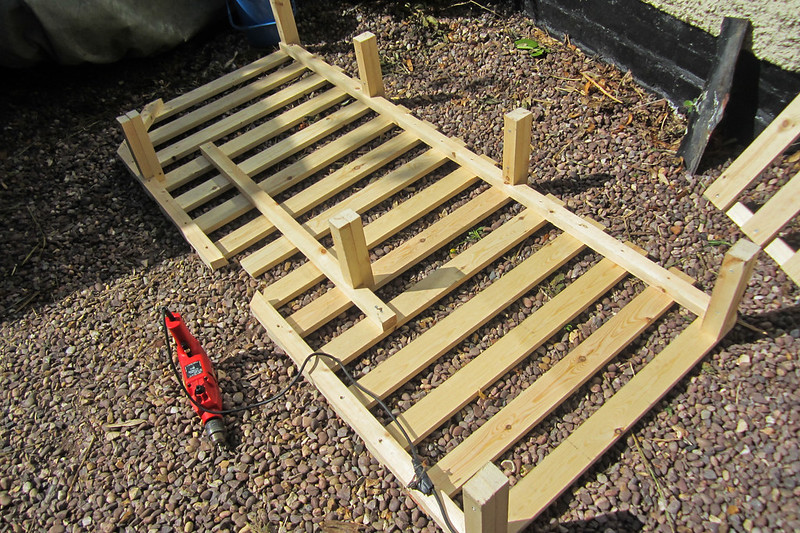 We also built three large wooden drawers, that roll out under the bed, and a cabinet to contain the cooler and be used for cooking (our kitchen!).

Simultaneously, we began constructing our fold-down table and lock box, and installed our Wall Mount

for our monitor using cut out blocks of wood, fit together something like tetris. We also began carpeting the walls and ceiling with blue felt material, and spray glue, specifically designed for campervans. We cut out laminate to fit over the plywood floor, and replaced our old car battery with a new one. 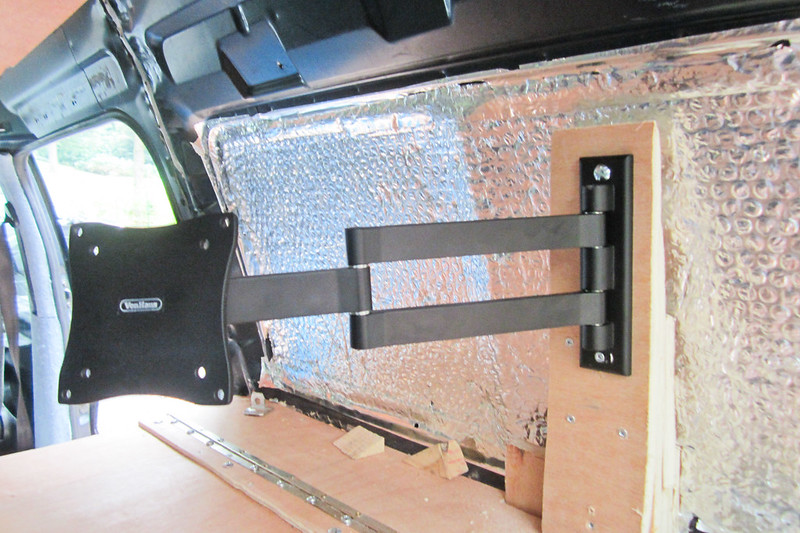 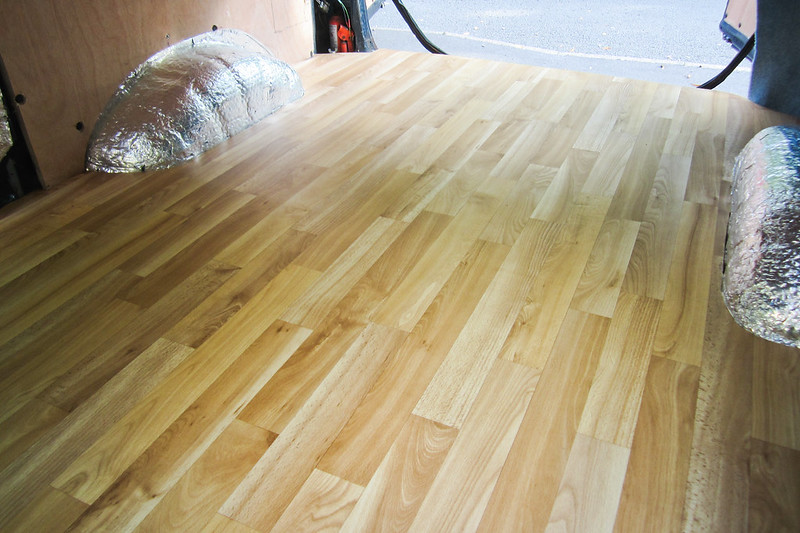 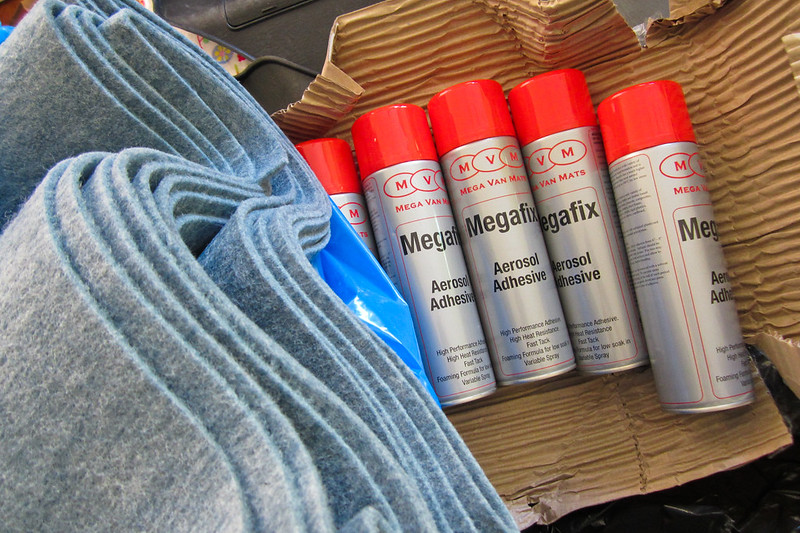 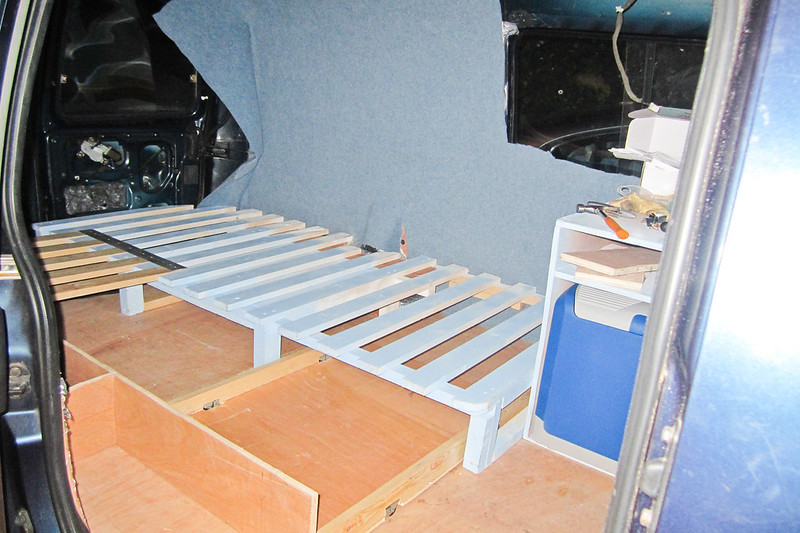 We decided that we’d really like some more air flow inside the van. We had fixed rainguards to the front windows, to allow some airflow during the night, without us having to open our windows and worry about security, but it didn’t really feel like enough and we wanted to avoid condensation as much as possible. This was one of the scariest parts of converting our van! 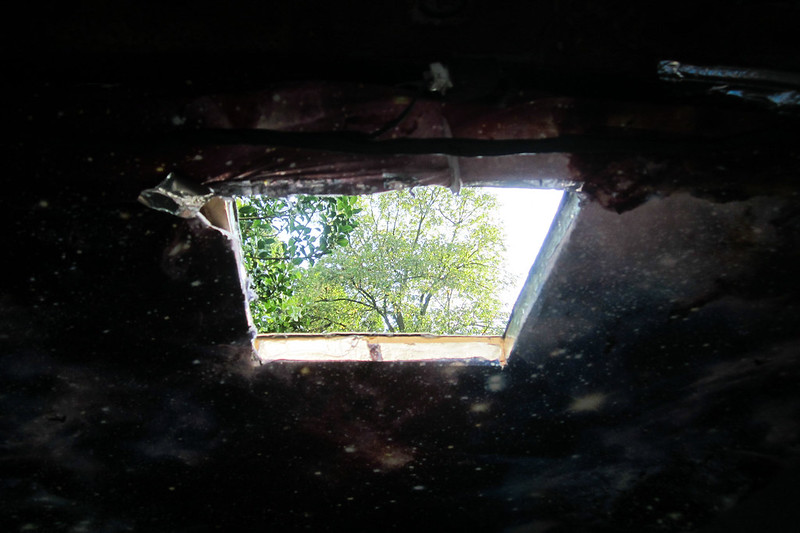 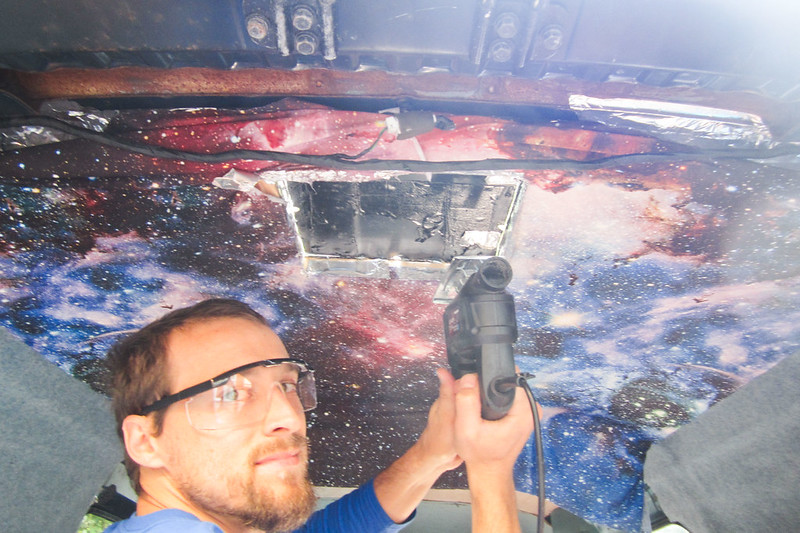 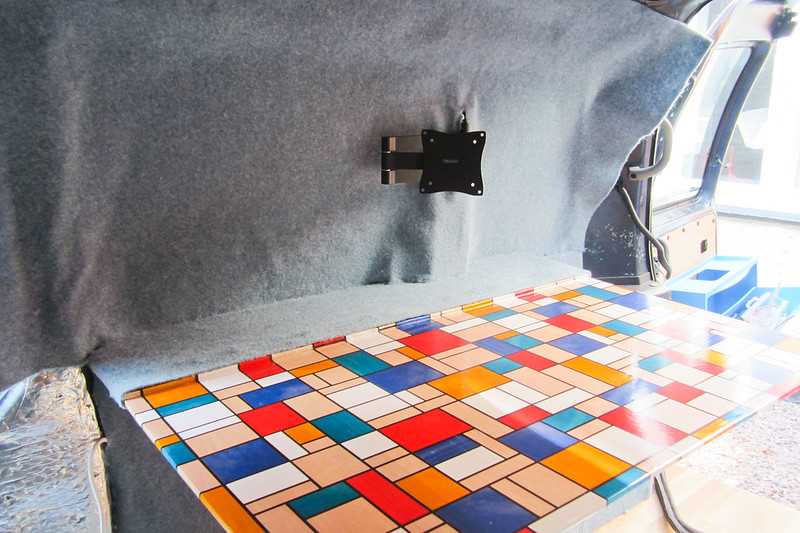 We ordered our Fiamma Vent

, read the instructions, and then glued wooden blocks to the ceiling, and cut a measured square into the roof of the van. Doing so felt pretty irreversible. We then fitted and glued the two parts of the vent to eitherside of the ceiling. We now had a skylight! Looking back, we are super glad we did this, the airflow, light, and temperature control provided by the vent have proved invaluable. 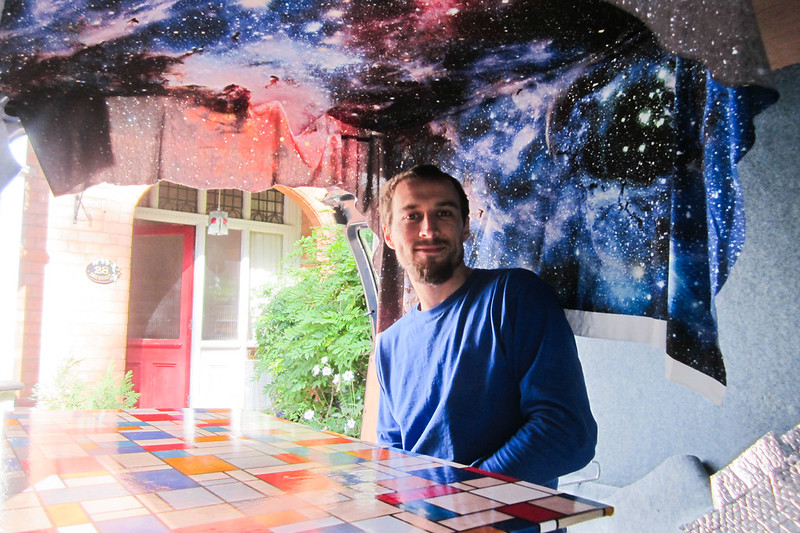 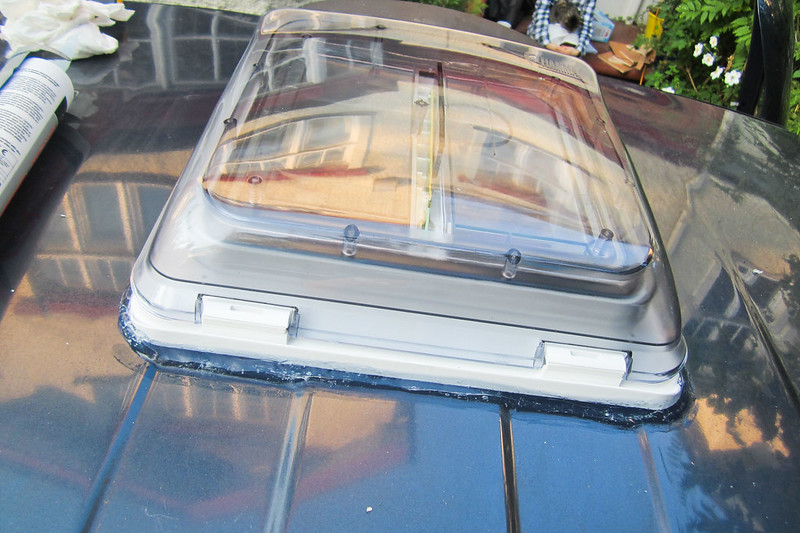 Now that we had the basic construction of most of our furniture finished, we could start thinking about decoration, the creation of a sink, which we had left until the end as we’d been slightly unsure as to how to go about this, and finishing the few last mechanical and electrical tasks, to include the installation of a leisure battery, so that we could use a Toaster

, and cooler, on the road. We’d been working at the van project for a couple of months now, and could finally start to glimpse the end of our converting journey! 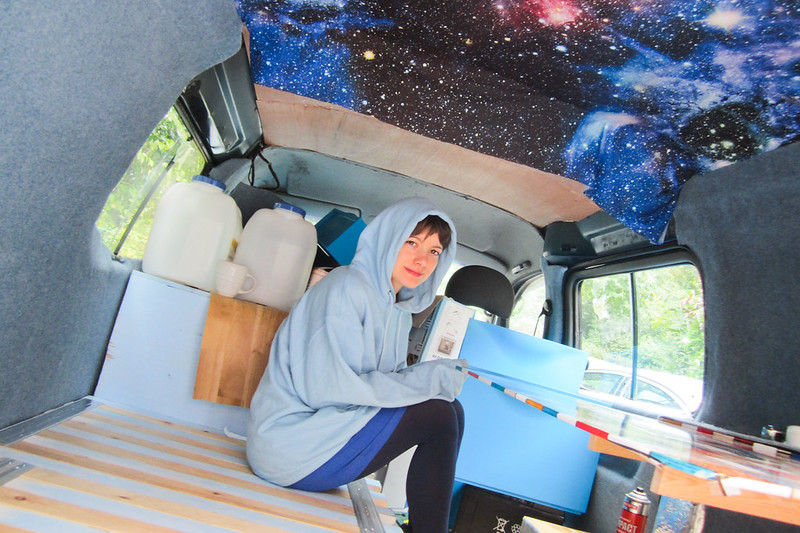