A thin concrete building cuts sharp into the gently tumbling sandstone hills that lie just above the tiny Longyearbyen Airport. 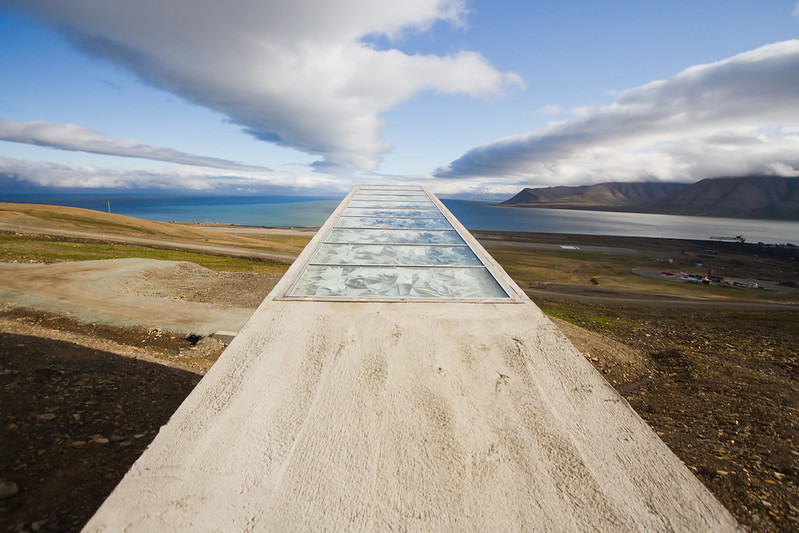 Jutting out of the rock and permafrost at near-right angles, covered in shards of glass and emitting the faintest of unobtrusive blue glows, Svalbard Global Seed Vault is a stark, and globally unique, demonstration of humanity at it’s most forward thinking; a neo-futuristic gateway into a vast, temperature controlled and electronicsally monitored, refrigerator, a dizzying testament to the necessity of the preservation of natural diversity in an increasingly unstable environment. 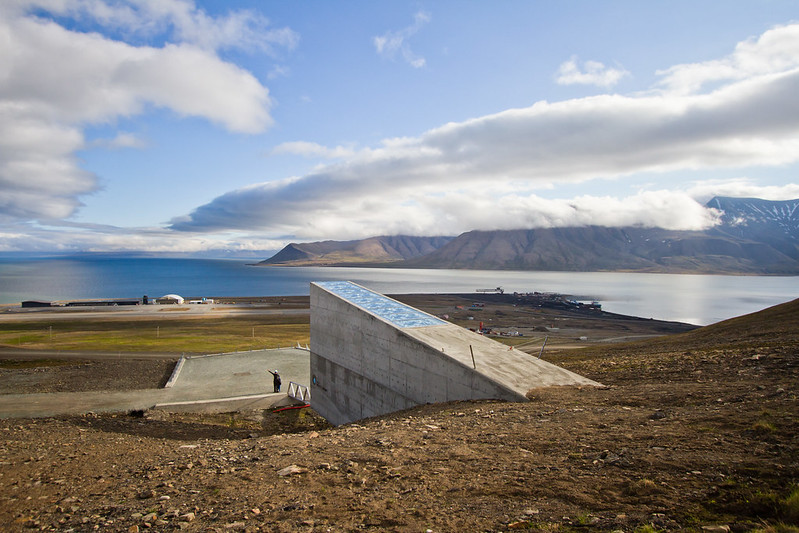 Established by the Norwegian government in 2008, the vault currently holds 1,500,000 seeds, none of which are genetically modified, in the form of 30,000 samples, sourced from every corner of the globe, in several storage rooms. Each of these storage rooms is approximately 27 metres in length, and together, have the capacity of a total of 4.5 million seeds, which, if stored correctly, and at properly maintained temperatures, could remain viable for a millennium, if not longer. 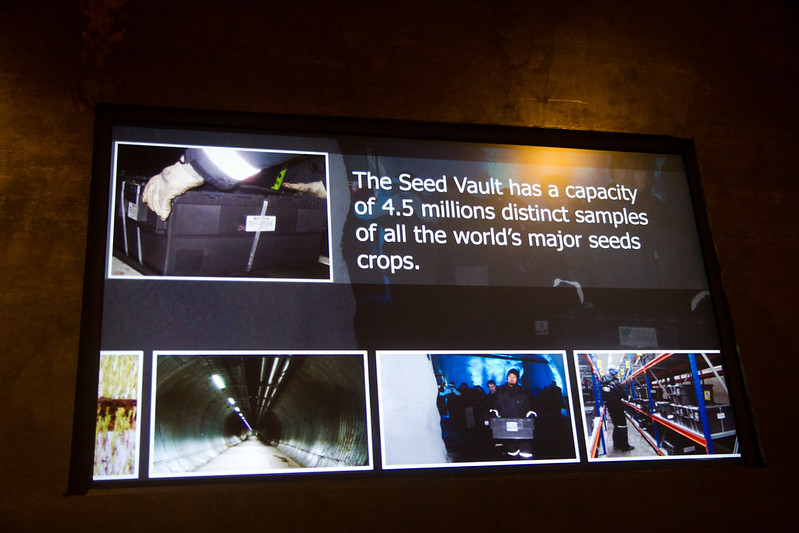 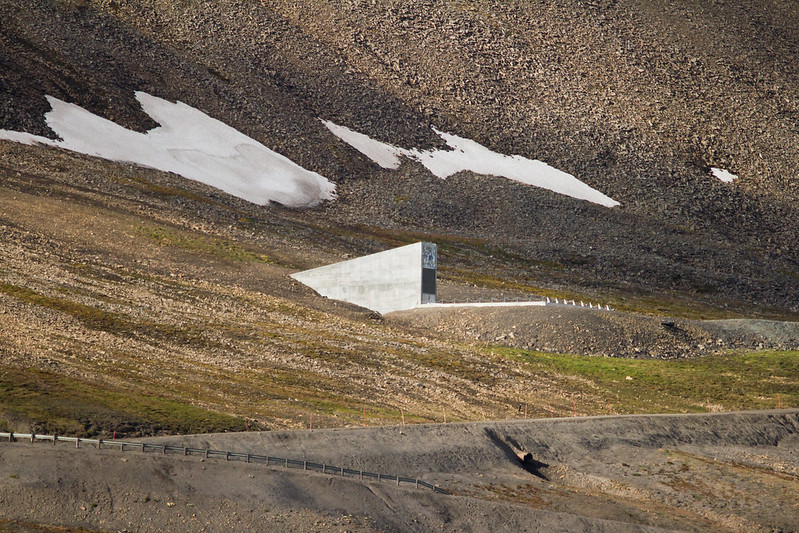 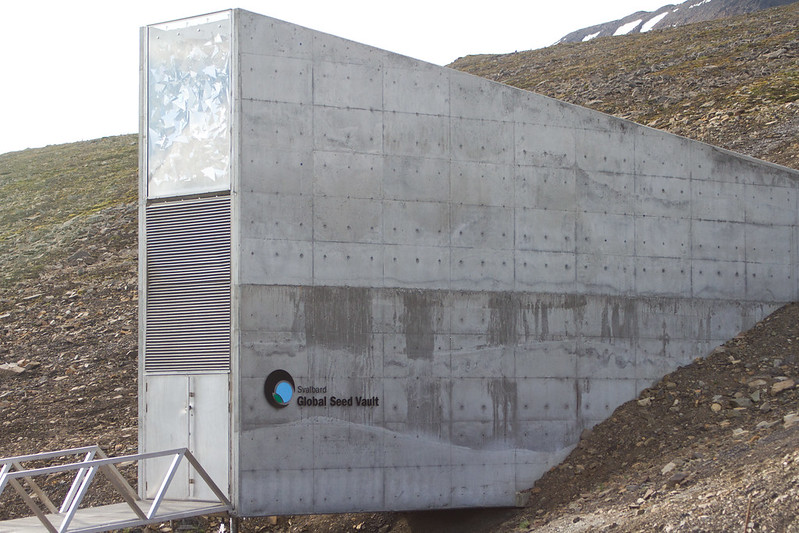 We hiked up to the seed vault, on what was to be the final morning of our Svalbard visit. The sky was silver-blue, and glorious, and as we approached the vault, which was surrounded by patches of untouched snow that glimmered under a pale sun, the air filled with strange, and somewhat ominous, sounds. The hissing and whirling and clicking of huge fans would once every few minutes escape from deep within the hills below us, and permeate the typically silent, and still, surroundings. We were not to be entering the vault, as to do so requires passing four locked doors protected by coded access keys, however, all the same, we felt privileged to stand within the vicinity of something that could someday, although hopefully never, prove crucial for the survival of our species as a whole. 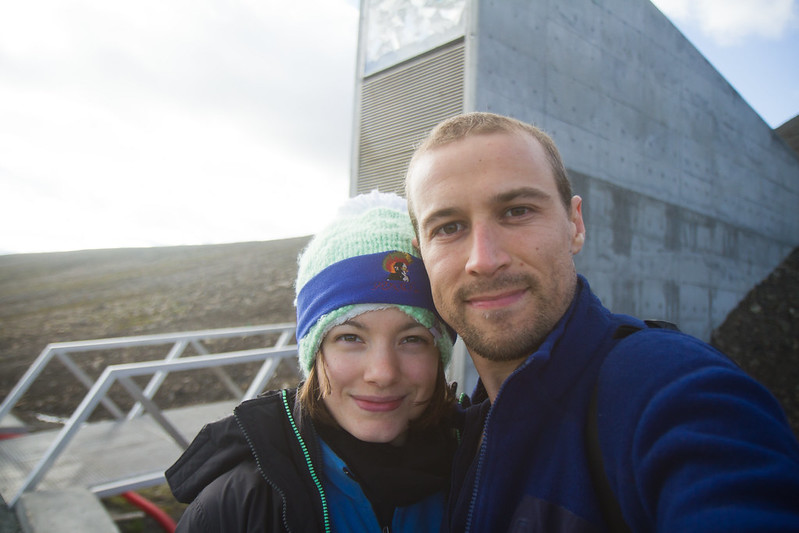 After a week in which time had moved strangely, it felt surreal that our time on Svalbard was running out. The day was relentlessly moving on, and we had arranged for the rental of a kayak. We left the hillside, descended to the shoreline, and caught a ride into Longyearbyen. Our kayak was to be picked up right on the edge of the fjord, in the centre of Longyearbyen, and we eagerly collected it from a girl with a broken leg. 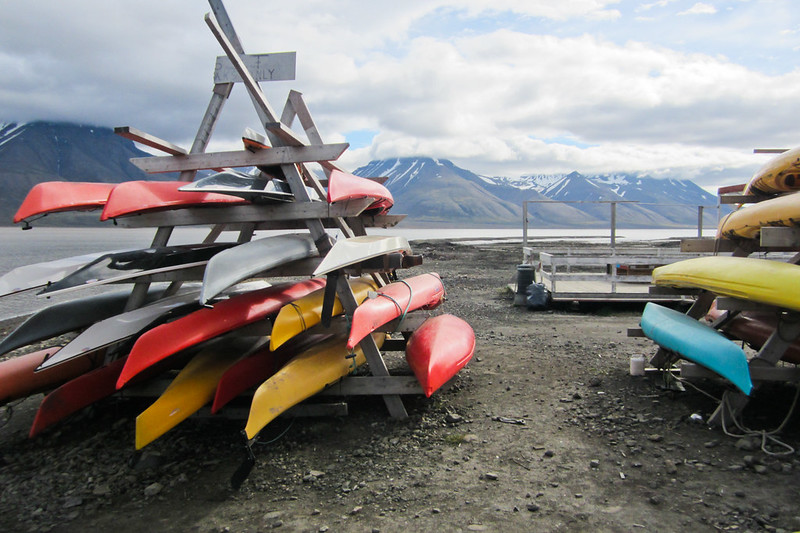 We dragged our two person kayak out to the water’s edge, which was no small task when you are simultaneously holding a red pole above your head to protect yourself from some number of angry Arctic Terns, determined to cause you some injury. Once we arrived at the water, our faces now a little sunburnt, we lay down our kayak, admired the beautiful, calm day, and the fluffy balls of feather that chirped further along the beach, reunited with their rather protective parents. 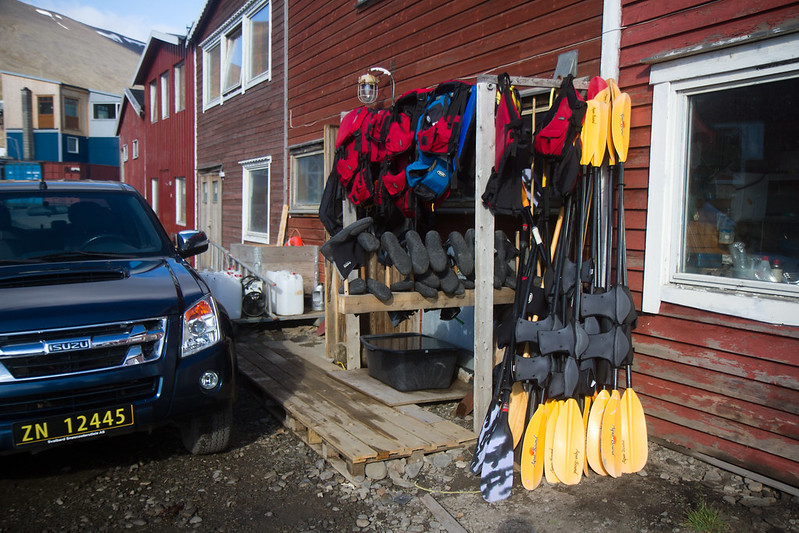 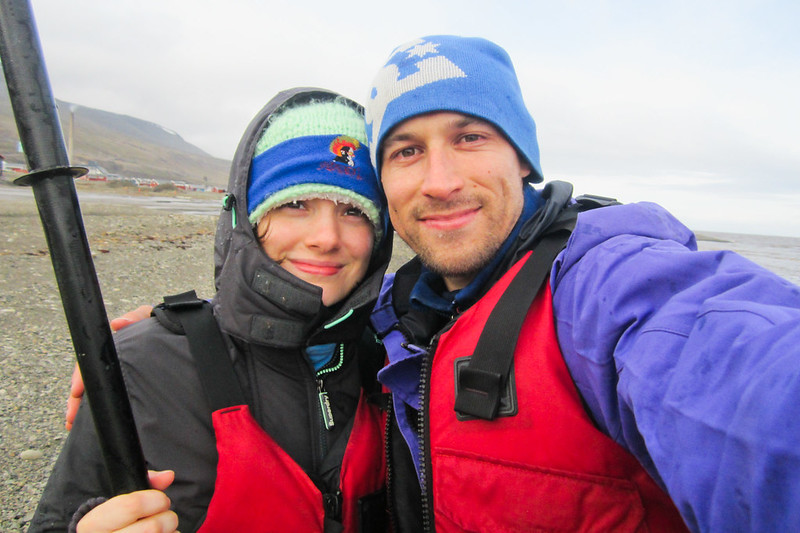 We decided that we would go and buy some sunscreen, and something to drink, before we left on our kayak for the other side of the fjord, and the mysterious and isolated wooden cabins that lured us closer. We did not plan, however, for just how quickly the weather might change, though we were well aware of the weather’s habit to do so this far north. 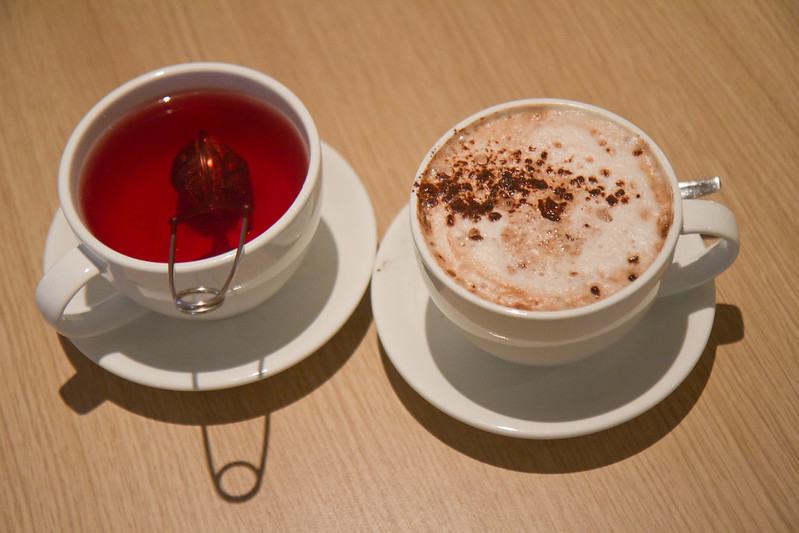 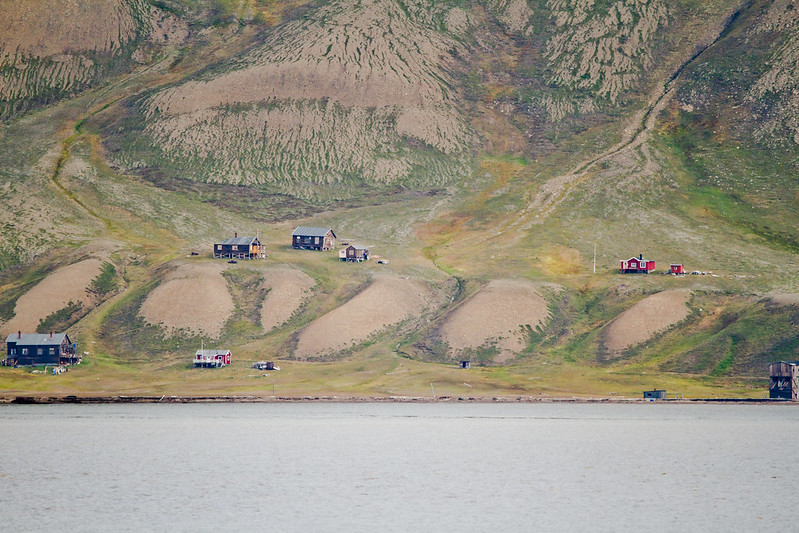 Whilst we ran our errands, the sky began to cloud over, and the water, which had been like glass, turned choppy, ever angrier as the winds blew ever stronger. We were undeterred, however, as we surveyed the scene that surrounded us, having returned from our spontaneous hot chocolate, laden with sunscreen and snacks. 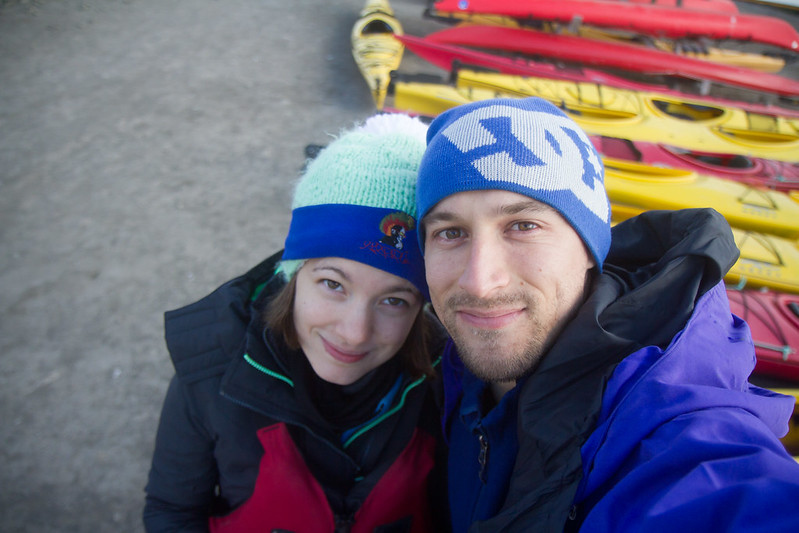 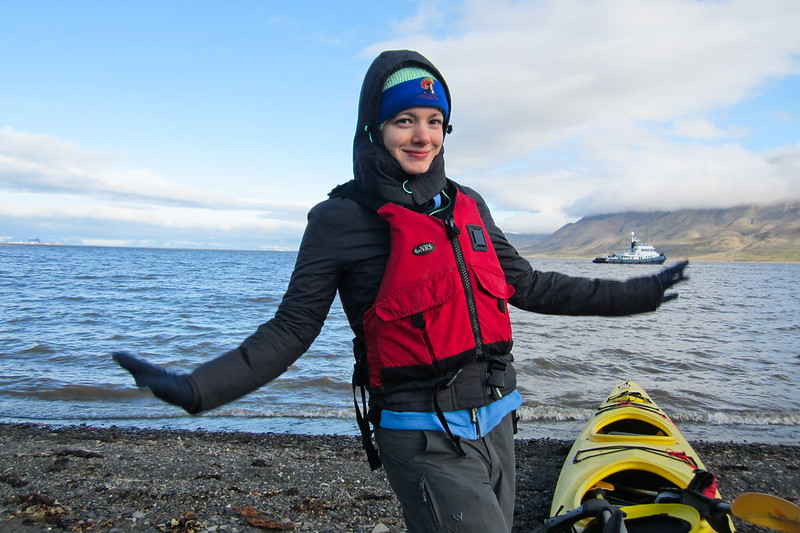 We pushed our kayak into the swirling water, and began to paddle. Another group of kayakers had arrived at the water, and we watched as they proceeded to fall into the deep grey water, pull themselves out again, and disappear around the corner. It was our turn to paddle on, and as we did, the waves, which on the shore had felt rough, but manageable, very quickly grew taller, six foot, seven foot, we rose and fell with the murky water, struggling to maintain any control of our kayak. It very quickly became very apparent that we were not going to make it to the other side of the fjord today, and with some manoeuvring, a little disheartened but in awe at the sheer power of the water around us, we made it back to the muddy banks of the fjord, where we proceeded to get stuck, for some time. 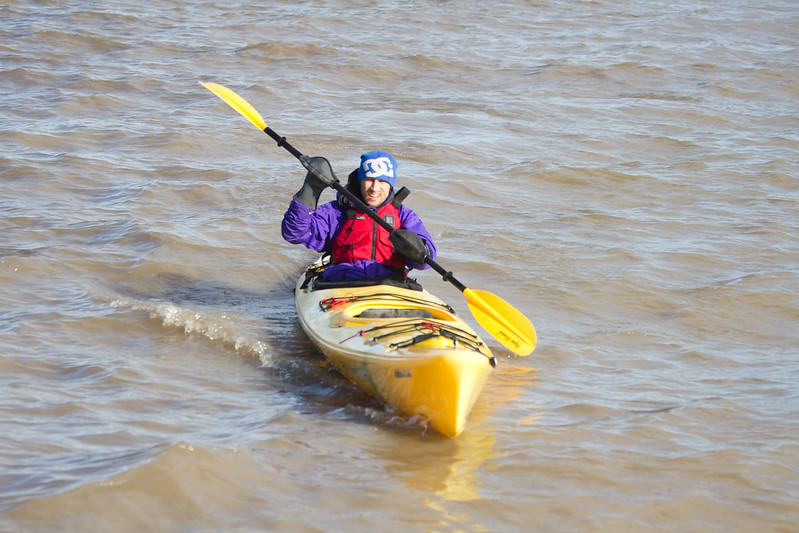 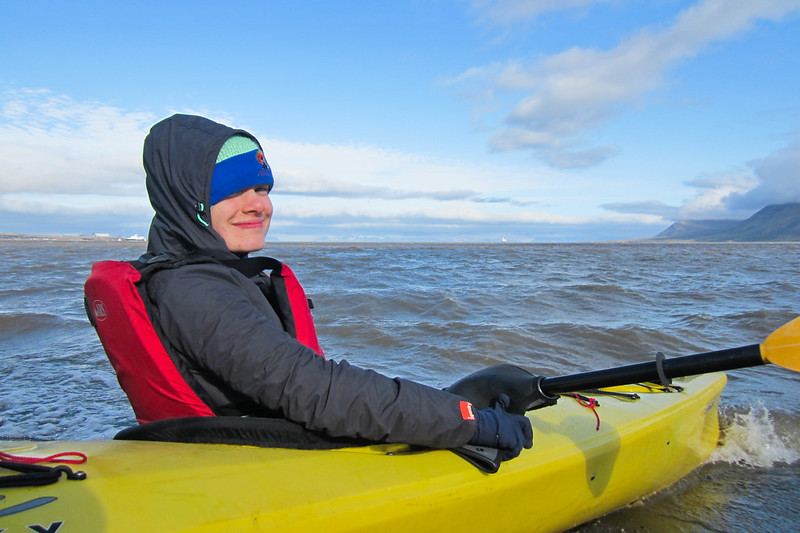 An hour or so later, having escaped the sticky wallowing mud and sinking sand, but shivering, drenched, we reached the sanctuary of the warm cafe that we had grown fond of over the week. We spent the remainder of the afternoon eating hot soup, and trying our best to dry out our clothes a little, before walking back to the campsite, where we packed up our tent, and showered. We then left for the airport, and our flight to leave Svalbard, at 1am. As we rose above the landscape, we finally got a true sense of just how little of Svalbard we had explored. Miles and miles of uninhabited land lay below us, and the tips of huge mountains peeked through clouds. It had been an extraordinary blessing to have experienced even the tiniest corner of this magical, mysterious, place. 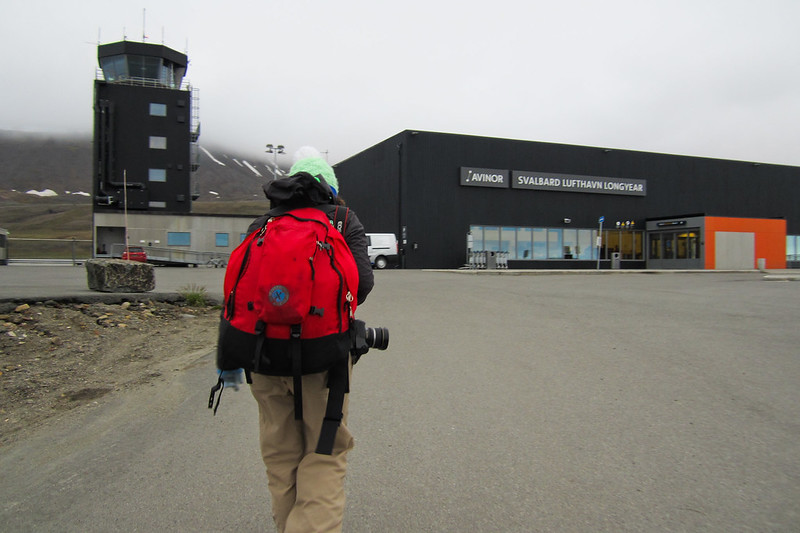 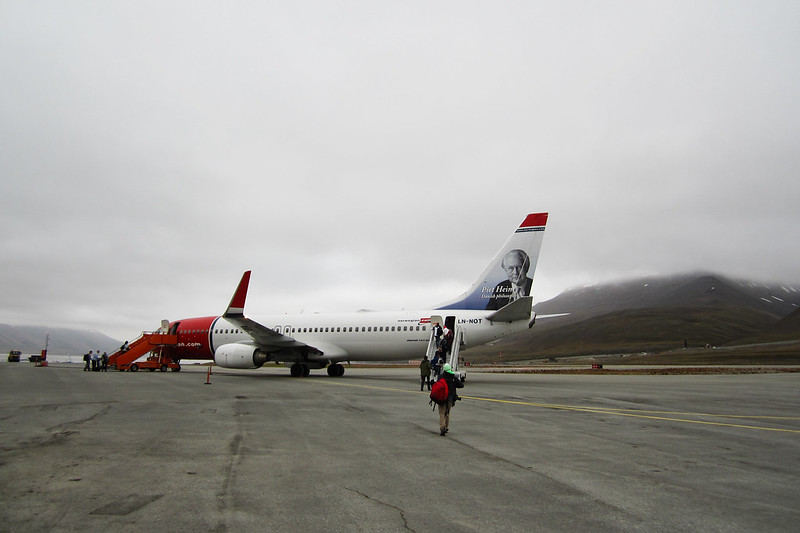 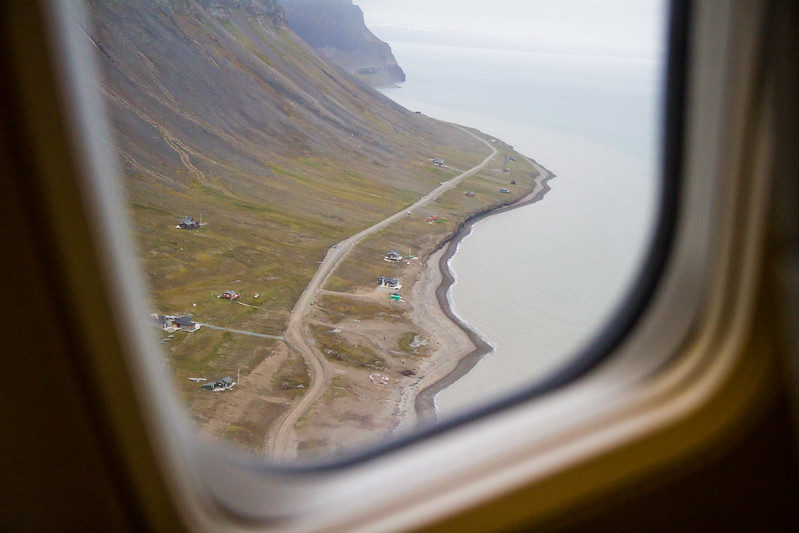 Svalbard is fragile, and ferocious, a frontier on the edge of the world, and fraught with danger. It is an unknowable and unconquerable land of contrasts, immeasurable in magnitude, a timeless, primal, land of vast mountain ranges, untouched glacial snow-covered wilderness, stripped bare by Arctic storms and blanketed in rolling mists, or for some majority of the time, plunged into the depths of the polar night. Svalbard is hugely hostile at first glance, and yet, if you take a closer look, even here, life triumphs over huge adversity. In the summer, tiny wild-flowers carpet the earthy tundra, delicate pastel colours swaying gently in the August breeze. Countless animals return yearly, whales to dance and swim under the fjord’s protection, birds to lay their eggs on pebble shores and to glide through the midnight sun-drenched sky. Polar Bears roam the land, mysterious and magnificent, and, over the year, thousands of people have called Svalbard home. 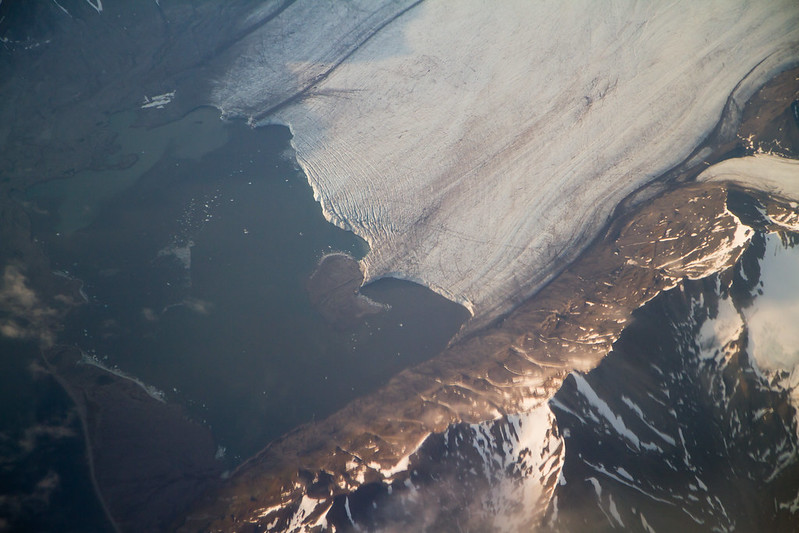 At first, prospectors, miners, whalers, and now, as we move forward and develop our relationship with the natural world, research scientists, students, explorers, all painting their houses primary colours, all drawn here by the unexpected yet undeniably spell-binding diversity of resources, natural life, landscapes, and experience, that can be found 78 degrees north. 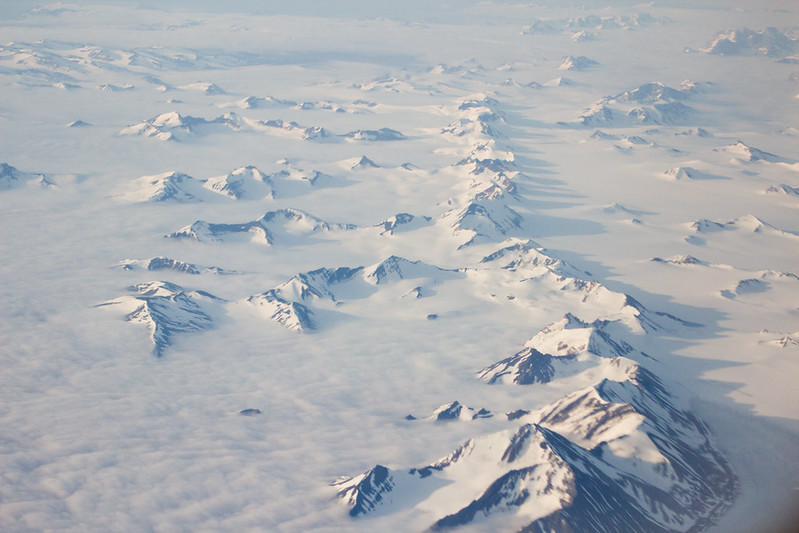 Hope you enjoyed our 5 part series of our adventures in Svalbard!