The date is 30th June, as I arrive in Tromso, and the time is around 9pm, though I feel as if I am floating in some timeless space, slightly disoriented, but all the same excited and full of anticipation. Tromso airport is small, and I quickly pick up my luggage, and catch a taxi to my hotel, it’s a short, five minute journey through a tunnel, with a friendly taxi driver who tells me he visited San Francisco, some years ago, and is listening to a lively football match on the radio. 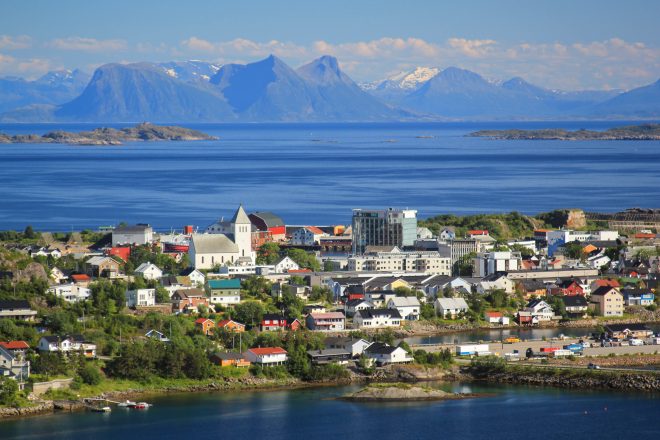 I check into the Hotel Amalie, a lovely little hotel found right in central Tromso, and am welcomed by a kind lady who hands me my key. I am given a cosy room with a single bed, a wonderful view of the bridge, a bathroom, and importantly, a kettle. As soon as I set down my suitcase, I connect to the internet, turn on my laptop, and then jump in the shower. Though I’m exhausted, and entirely ready to sleep, I find that when I do eventually try to shut my eyes for the night, my body is very definitely awake, and will not rest. The light outside is bright, and only partially blocked out by the curtains, and my bodyclock is still running at west coast time.

Darren arrives at the hotel a little later that morning, at around 2am, and we make arrangements to meet up for breakfast at 10am the next day. I see through the night editing photos of the Lost Coast roadtrip Mike and I have just completed, eating the remainder of the ginger snaps Mik had packed for me, and messaging family in the UK.

At around 7.30am, I cave into my hunger and message Darren, letting him know that I’m awake. Darren is also awake, and we meet for a very much anticipated breakfast. The breakfast itself is a beautiful, typically scandinavian selection of fruits, vegetables, breads, cereals, cheese and fish. I pile up my plate with watermelon, tomatoes, bread and butter, an unusual sort of cheese with an orange rind and a slight aftertaste, and one of my favourite foods, and something I haven’t been able to find in Los Angeles, and as such have not eaten in many months, oily smoked mackeral. For some reason, I generously spread slices of bread with strawberry jam, something I have not eaten in years and am usually not fond of, but this morning, it feels entirely appropriate. I sip on a cup of ginger tea, an ice cold glass of water, and Darren and I catch up – he has been travelling Spain, Portugal, and Andorra, for a number of months now. We last saw eachother in Camarillo, and I thank him for inviting me to participate in such a unique opportunity. 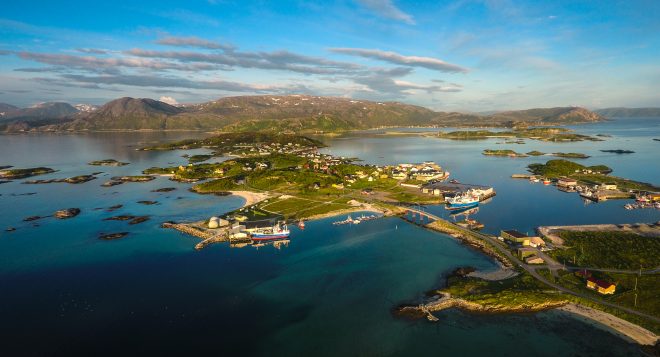 Feeling a little more human, after a truly delicious breakfast, Darren and I head out into a bright, sunshiney Tromso. I change some dollars into norwegian kroner, knowing full well that the next week or so is going to prove rather costly, and mail a postcard to California. 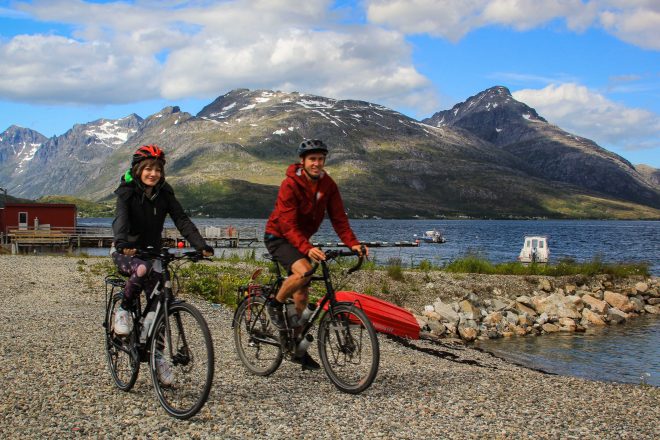 We then head down to the bicycle shop, from which I will rent my bicycle, and I arrange to pick up a touring bicycle and some panniers at two. We pick up some rather expensive groceries from the local coop, bananas, oatly milk, and avocados, and hunt down a new tyre for Darren’s bike. We then meander back to the hotel, and though supposed to head to the bridge for a walk across with Darren’s drone, I instead opt to sleep for a while, and manage to nap for a couple of hours. At two, I pick up my bicycle, and the remainder of the evening is all short bursts of sleep, and a meet-up with Elizabeth, the organiser of the tour we’ll be travelling, who shares with us an extraordinary amount of information about the places we’ll be visiting, pouring over maps, and then we also meet with a father and son from California, who have just returned from another bicycle tour, similar to ours. To end the day, we pick up some fast food for dinner, and then both head back to our hotel, ready to eat and even more ready to catch an early night.

A link to Darren’s fantastic post covering the Norway trip: