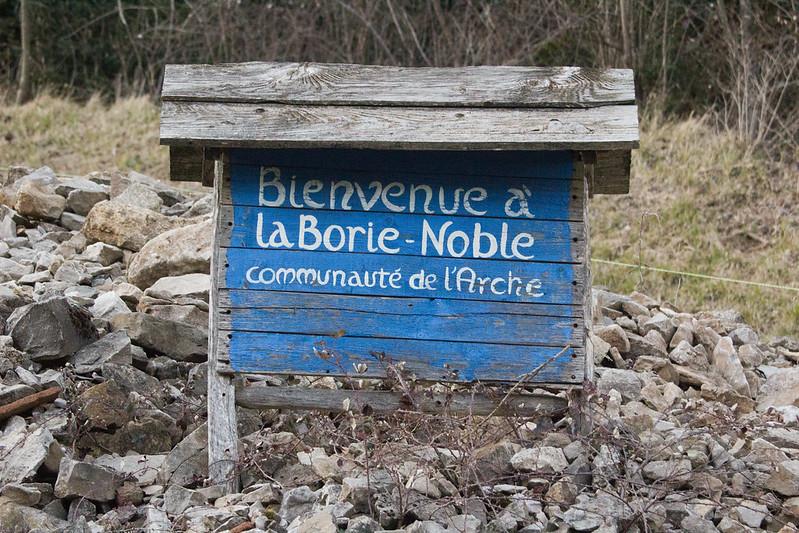 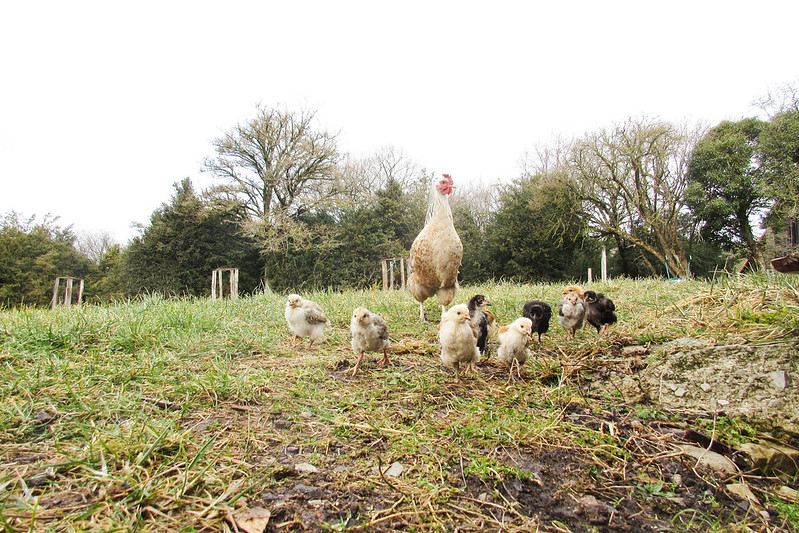 The light was low, it was almost dark, but not quite, the first of the sun’s wintery rays tentatively, but determinedly, peeking just above a forested horizon, setting it aglow and shading the sky a deep, swirling, indigo blue, which against the rushing slate grey and heavy purple clouds looked something like dripping spilt ink, or watercolour paintstrokes, swept across the heavens. A bell rang out across the cobbled courtyard, chiming through the thin, shuttered windows of L’Escalat, the stone cottage that we’d use as our base for the next week, announcing, slightly abruptly, the day’s beginning, an every day occurrence at La Borie Noble, a quiet community of around 20 people, a number that fluctuates, perhaps the most well known of the Communities of the Ark, hidden deep in the windswept mountains of blustery Languedoc, southern France. 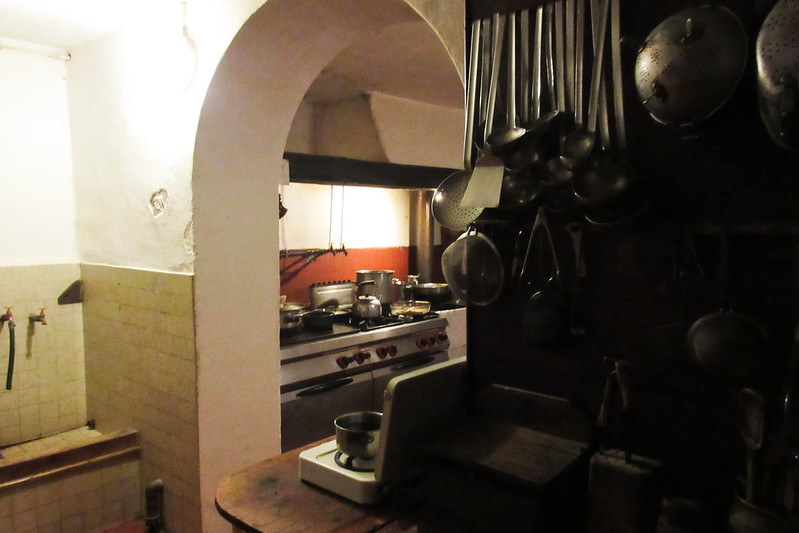 Early though it was, many of the community members would now be gathering in the communal kitchen, perhaps, it’s walls lined with an assortment huge, well used, brass pots and pans, cupboards stocked with home grown herbs, the room warm with the heat from the wood burner and cast iron stoves, and so, shivering a little, our fire having gone out at some point in the middle of night, I boiled water, and heated up some oats to eat, whilst Mike re-lit our fire. 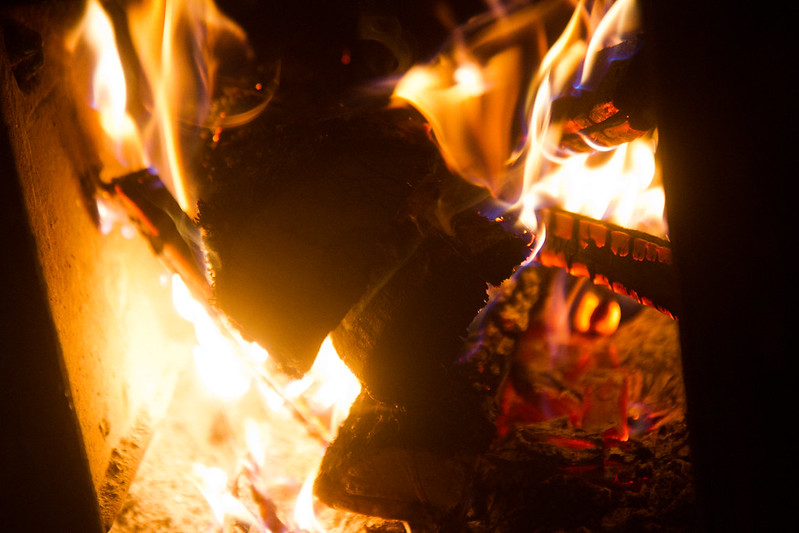 Our fire re-lit, we tossed some chamomile to the flames, and after pulling on our coats and gloves, walked the short pathway, lined with countless snowdrops and the first of springtime’s tiny purple and yellow crocuses, just beginning to bloom, towards the sand coloured traditional stone building, the series of buildings having been an abandoned village, with it’s bell tower and maze of corridors, dark basements, and creaky wooden staircases, where the community was about to come together. 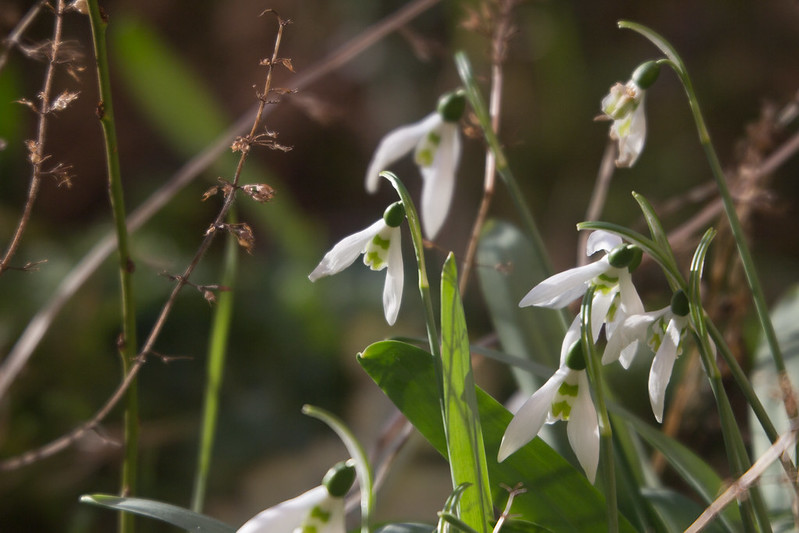 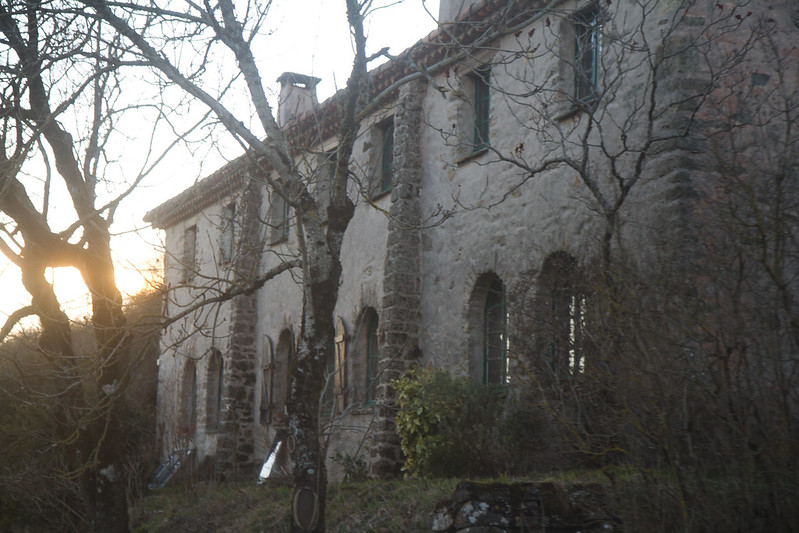 Life at La Borie Noble is rhythmic, the days punctuated by hourly bells and meditation. The community values are based on founder of the community, Lanza del Vasto’s, Ghandian principles of physical work, simplicity and spirituality. The community is a model of a non-violent social order, believing that peace between people can only be achieved when individuals gain inner peace for themselves. The community rejects many facets of the modern world, including, for the most part, electricity, something we discovered as we tried to get in touch with the community before our visit, as it is believed that simple tools benefit the worker’s physical, spiritual and mental health, and is almost completely self sufficient, growing their own food, baking their own bread, making their own cheese. 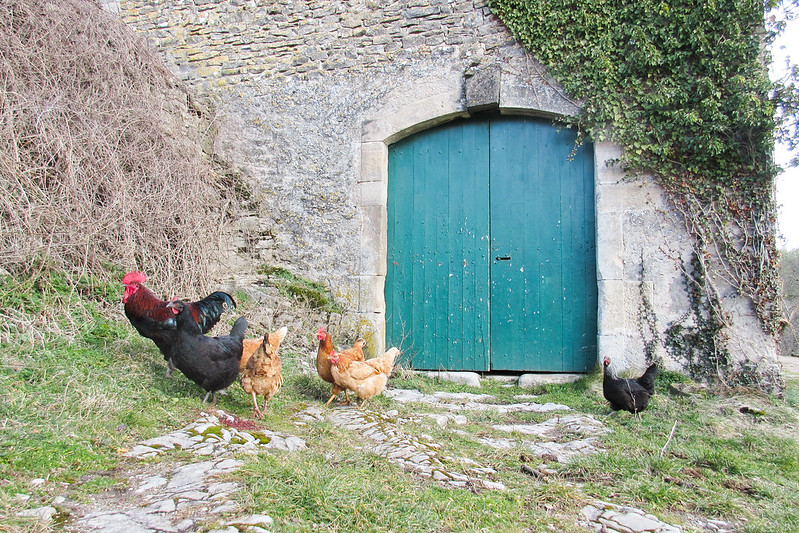 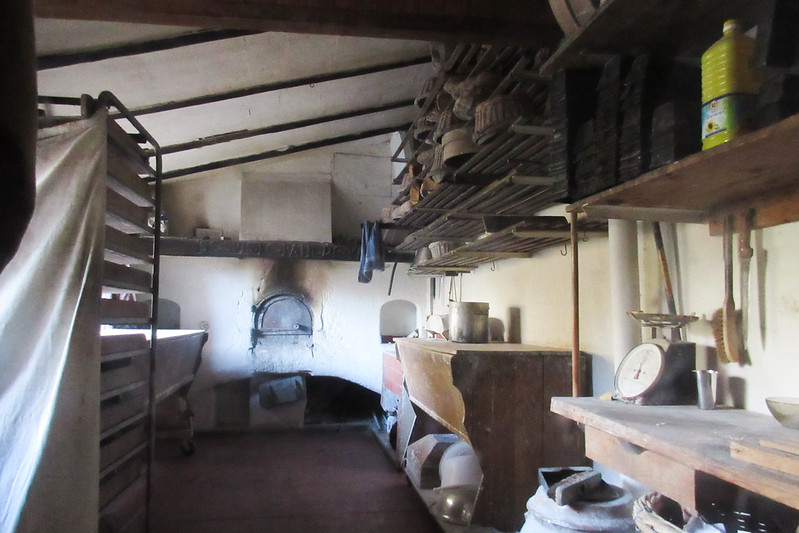 As such, there are always a host of tasks to be completed by the community, be it working in the greenhouse or gardens, chopping wood for the fires (not only are the rooms heated by wood stoves, but also the showers, and cooker), working in the fromagerie making cheese, pulling food out of the underground dark stockpiles under the house, or helping with the preparation of the communal lunch. 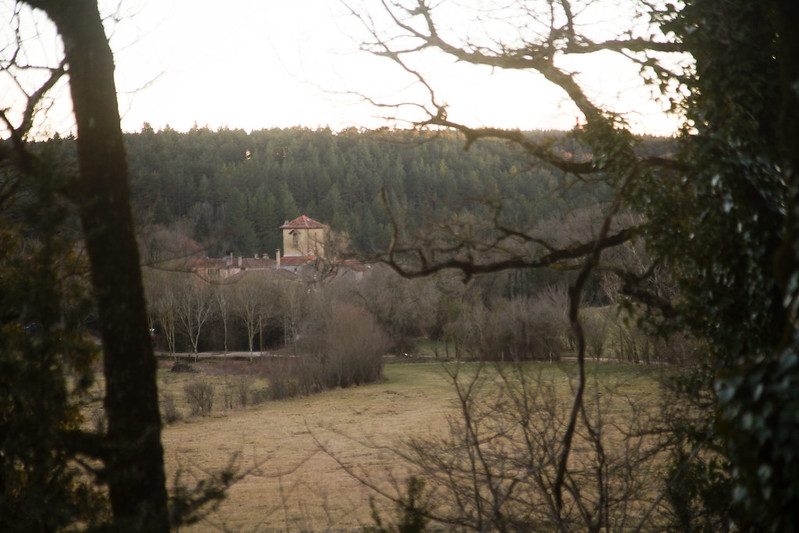 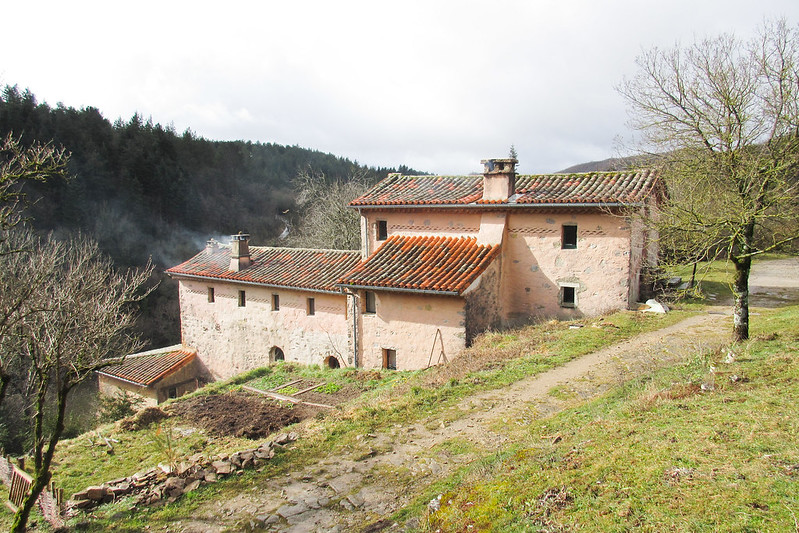 Weekdays begin at half seven, with community members meeting to peel vegetables in the kitchen, a time for conversation and contemplation of the day ahead. Then, at half eight, there is a meeting, where the day’s tasks are discussed, followed by some prayer, or singing, for those who wish to participate. Work begins shortly afterwards, and continues until lunchtime, at 1pm, where, once again, the community gathers in the kitchen. 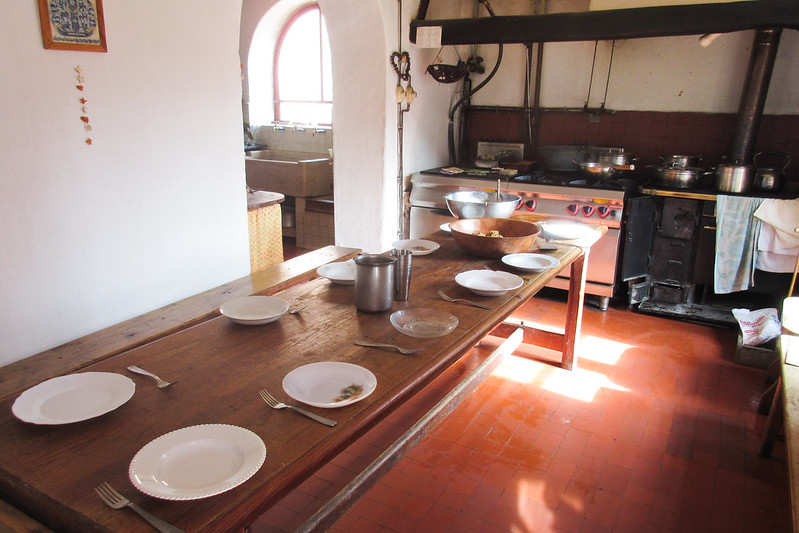 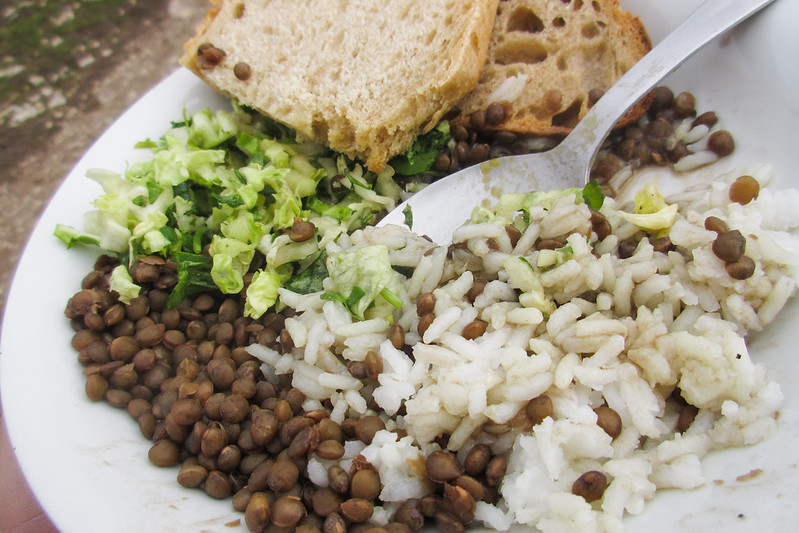 The table is laid with bowls, plates, water in metal cups, and bread, which depending on the day, might be hot out of the bakery, or a little tough, and together, the community enjoys a rich, vegetarian meal, made with produce from the garden, squash soups and apple tarts, crumbles and ratatouille, which was, for the most part, delicious, although, sometimes, for me, a little heavy on the dairy, which is unpasteurised. Work resumes at two, and continues until six, after which, there is a community prayer at half seven, and dinner can be taken of the left-overs from lunch, in your own apartment or the kitchen. 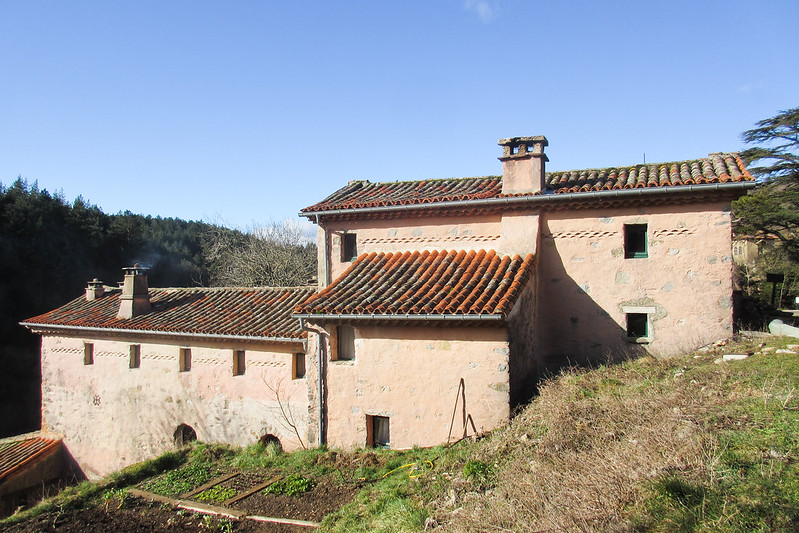 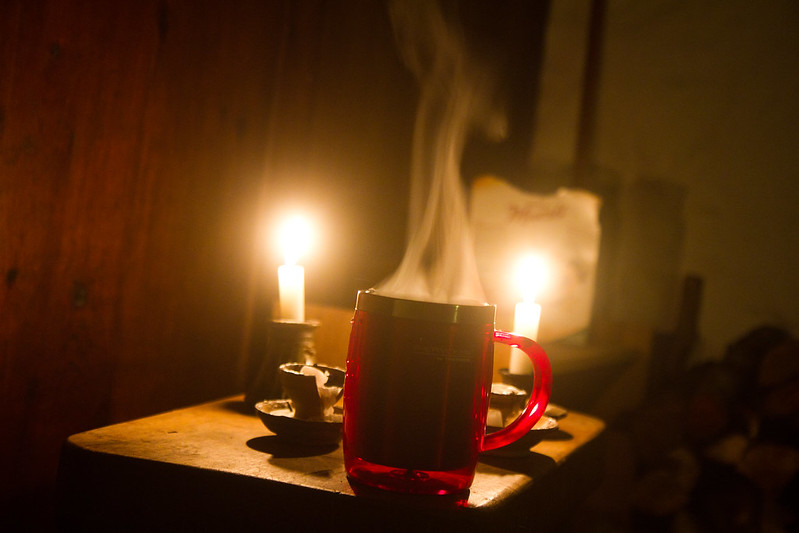 We had arrived at La Borie Noble just at the very edge of spring, winter still sharp in the air, our breath still clouds of steam rising and drifting in patterns in front of our faces, snow still sprinkling the frosty earth, and so our tasks mainly revolved around the cutting of wood, in an attempt to keep ourselves warm, and the maintenance of food that had been saved for winter. For us, life at La Borie Noble felt very quiet, almost timeless, and sometimes, a little harsh. Though the community receives guests from all over the world, eager to learn about their way of life, when we arrived, we were the only short term visitors, and with only some basic french, it was easy to feel a little lost. There is not much in the way of an introduction or guide to the community, and we found ourselves thrown into the way of life without much of an idea as to what to expect, which in retrospect, in some ways, added to the experience. 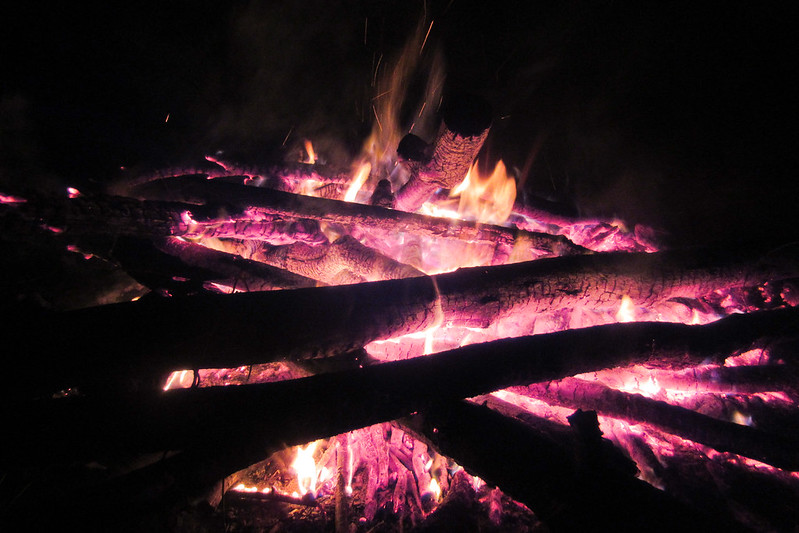 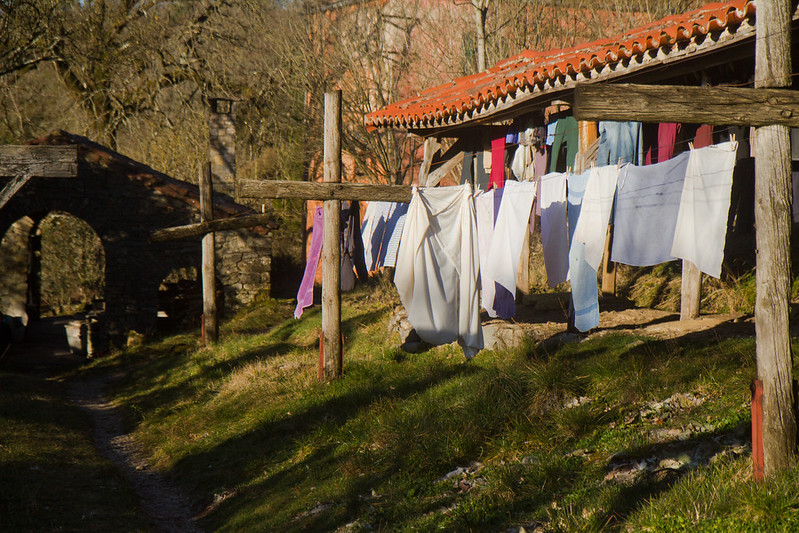 Many of the community members were very welcoming, and we were lucky enough to experience a Mardi Gras celebration, throwing delicately crafted masks into a bonfire, and a birthday party, warm celebrations complete with huge jugs of hot chocolate and apple cider, comforting on icy, dark, nights. It was times like these where the strength of the community could be felt, children, families, and elderly people, all coming together as one family. Our experience at La Borie Noble was an interesting insight into one of the more mysterious eco-village communities in Europe, one that had intrigued us for a long time, and we are very grateful to have been welcomed in, if only for a short time. 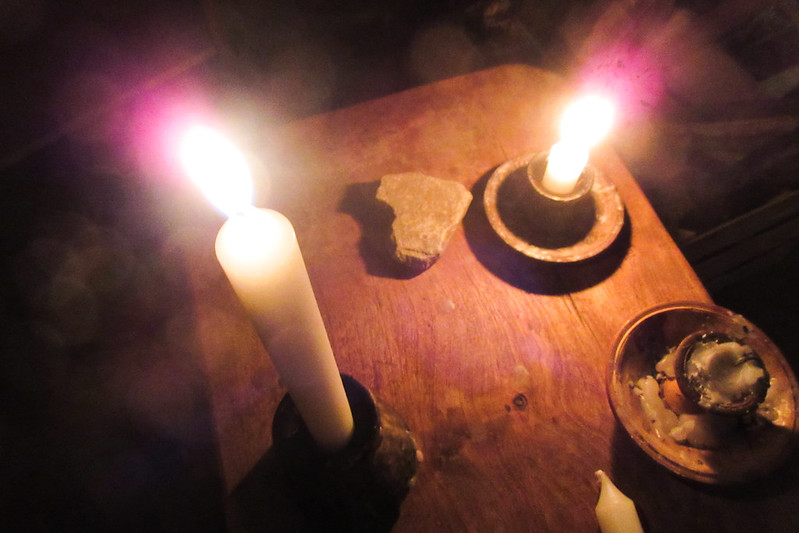 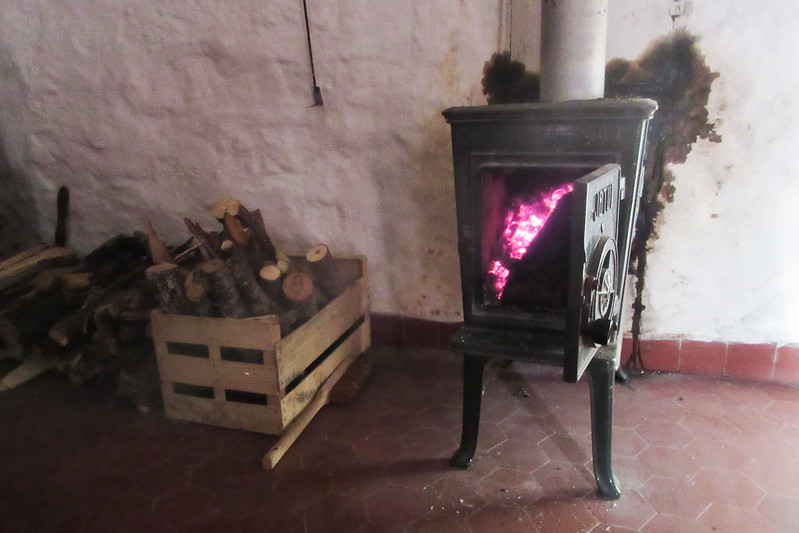