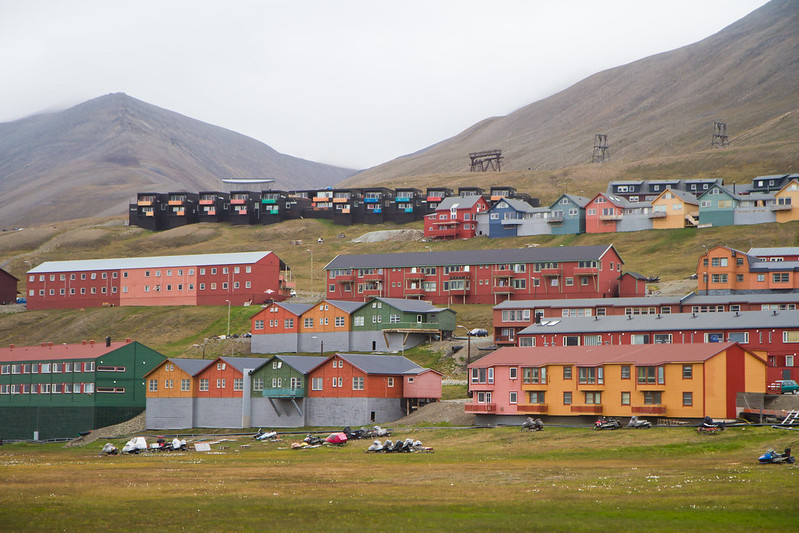 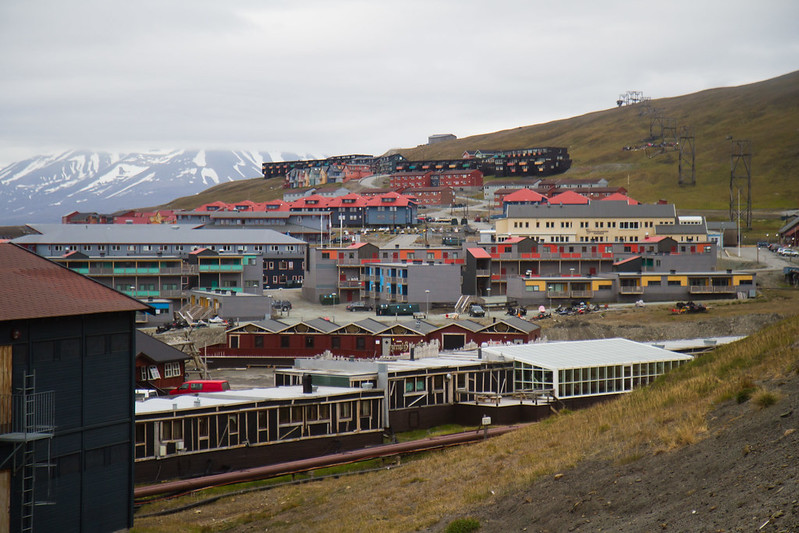 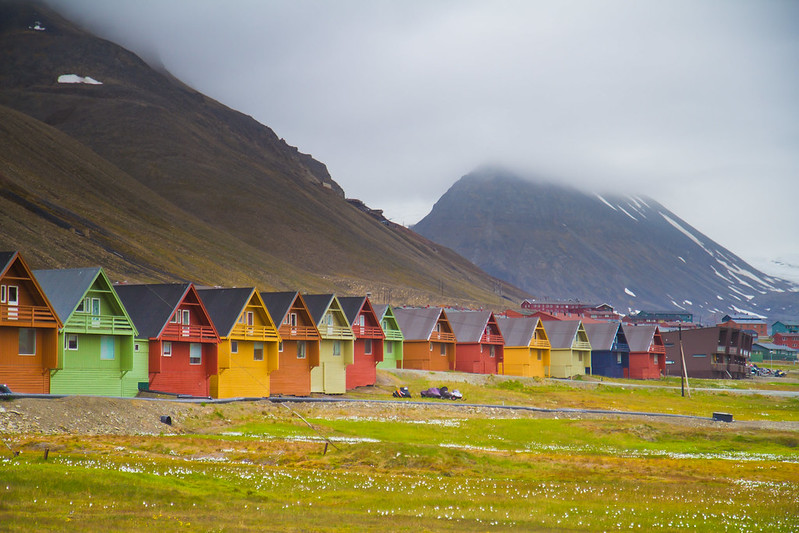 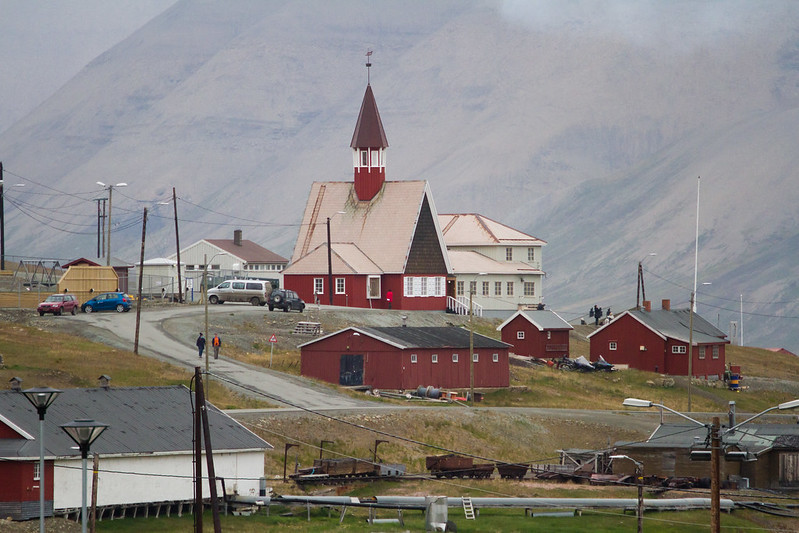 We pedaled our way uphill, to Svalbard Kirke, the world’s northernmost church, which was to be our first stop in Longyearbyen. We had heard tell of waffles, and hot drinks, and this was more than enough to eagerly draw us in. The road was steep, and the sharp air left us feeling a little breathless, as we propelled our bodies up the gravel road, and parked up our bicycles against a wooden post on a verge overlooking the town below us. We took off our coats, thoroughly warmed up now, and our shoes, as is customary in most establishments in the town, and stepped into the gentle glow of the church. 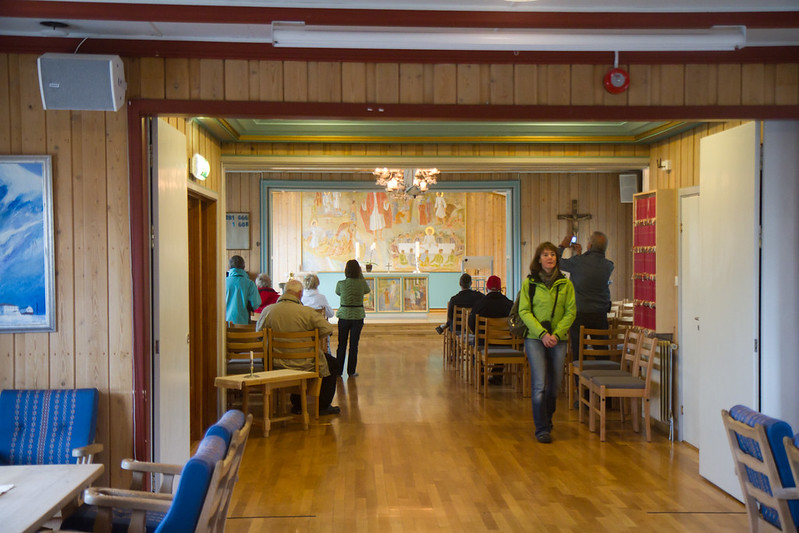 Svalbard church was built in 1921, and is the only church on the island, serving people of all religious denominations. The church is a cosy, welcoming building, with a wooden beam ceiling, and during the summer, light floods in through stained glass windows. There is a huge fireplace at the end of the building, and an overriding sense of calm; protection from the harsh environment, and the swirling winds or snowstorms outside. Weekly, there is a waffle and coffee night. Unfortunately, however, we had arrived on the wrong day, and far too early, too. 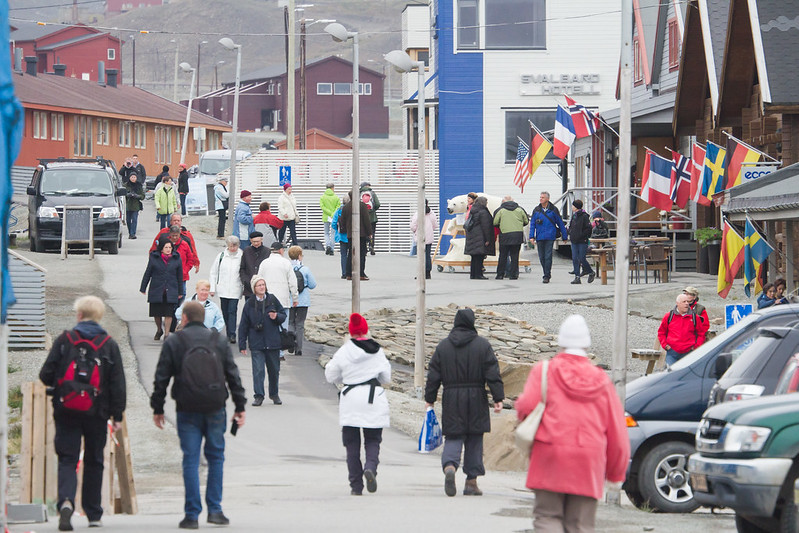 We explored the church for a few minutes, and then began our journey cycling downhill towards the centre of the town, towards the fjord. Longyearbyen town centre is a bustling place, thriving with numerous tourist shops, stuffed to bursting with polar bear memorabilia, postcards, cuddly animals and fluffy coats. A great deal of the shops are adorned with signs hanging over their entrances, asking people to leave their weapons at the door. In Longyearbyen, a rifle is not a rare site; most inhabitants will not travel without one. 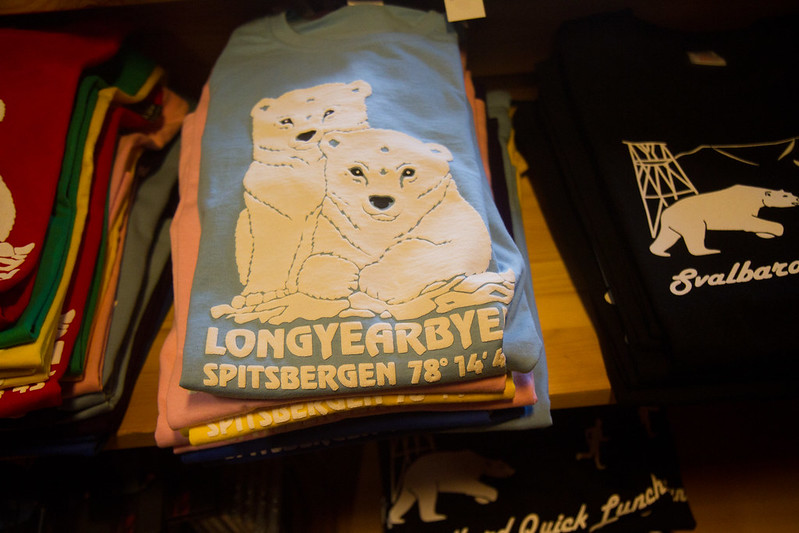 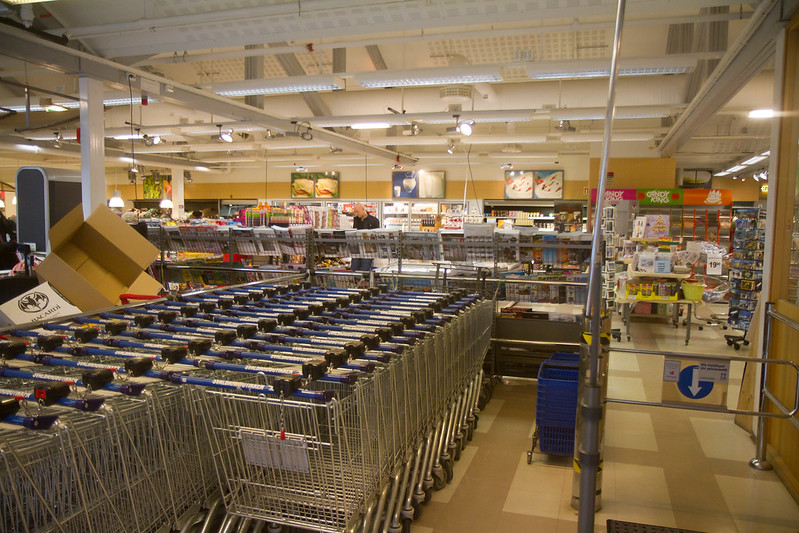 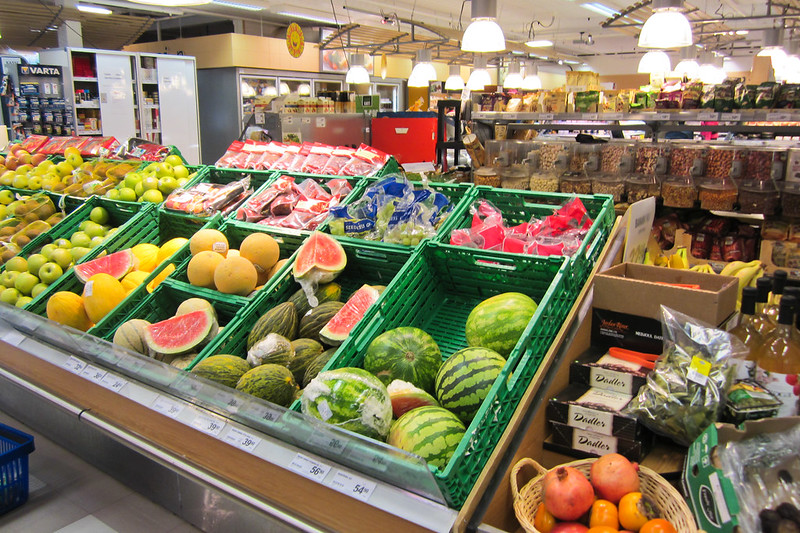 We found ourselves visiting this shopping complex often – inside is a magical cafe, named Fruene, which offers delicious, affordable, and most importantly, wholesome meals, perfect for staving off the cold and for satisfying even the most voracious of appetites, ravenous after a long day biking, or kayaking. 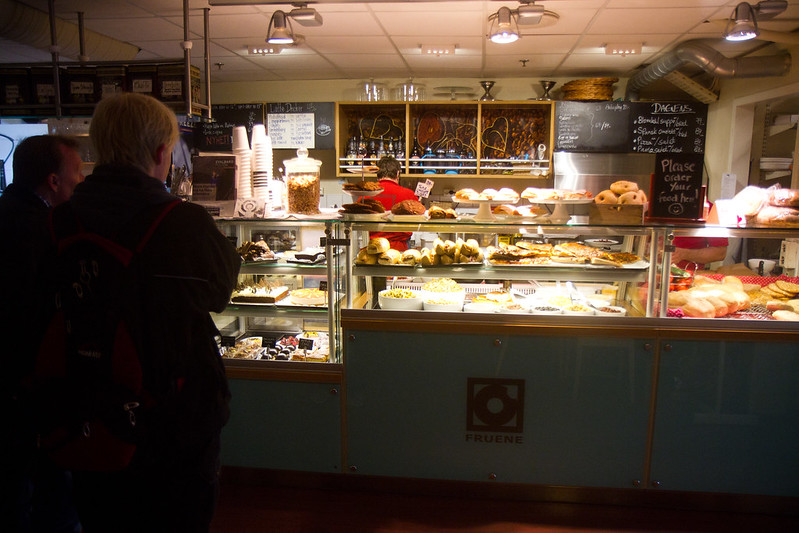 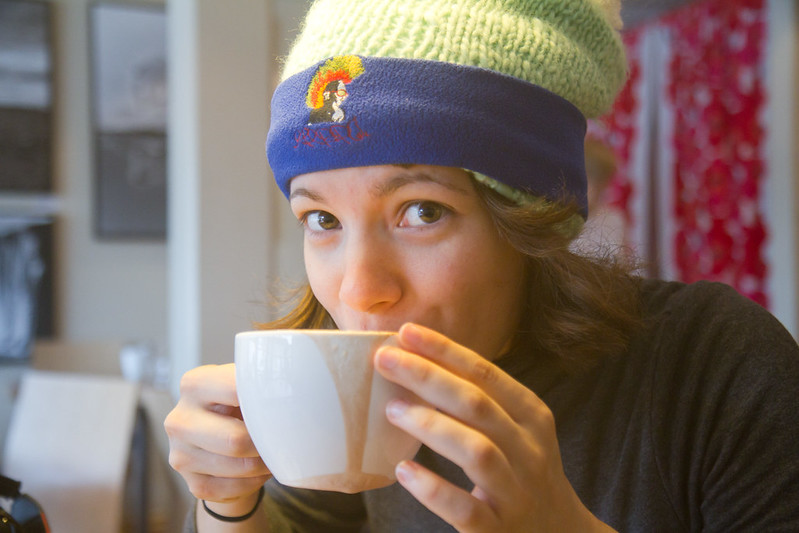 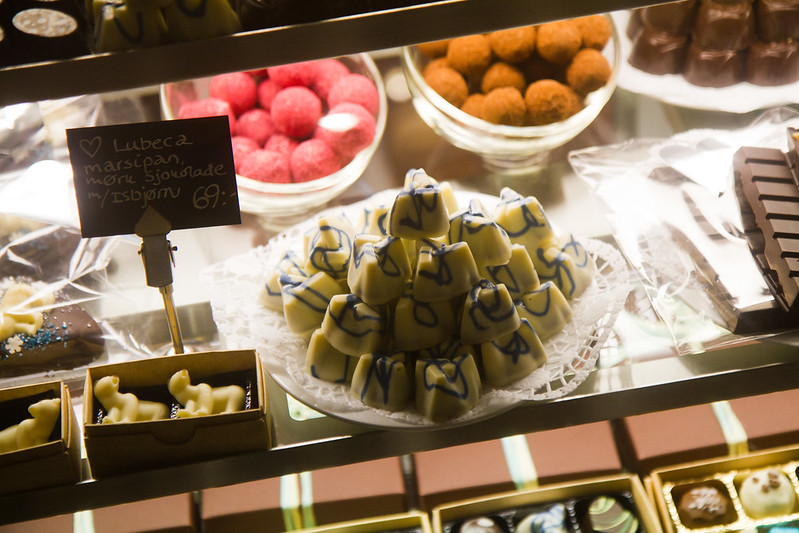 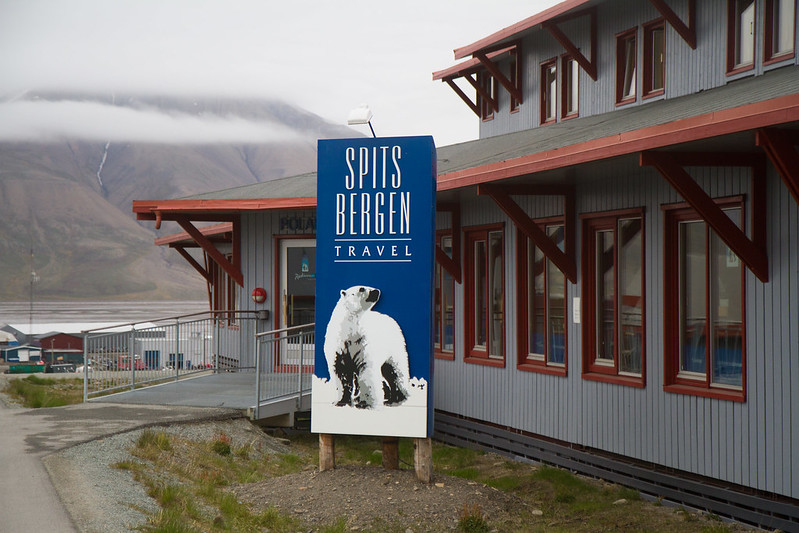 If you are feeling adventurous, you can find the headquarters of various tour companies operating out of Longyearbyen, whom you can visit, if you are looking to book a boat exploration, or perhaps go icewalking or hiking. We opted for kayaking, but as we were on a budget, decided to go about arranging a kayak ourselves. You can also visit the museum, which is found next to the University Centre, where you can speak to a tourist information guide, or use their computer system to book any trips you might have planned. 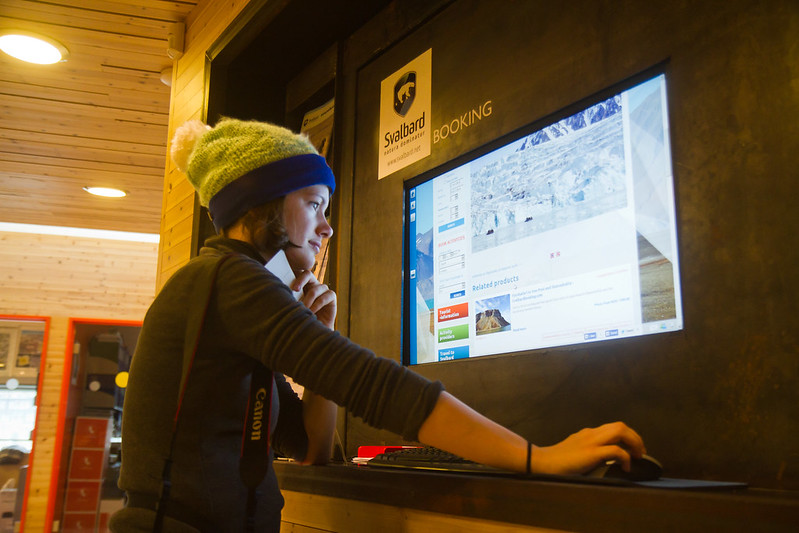 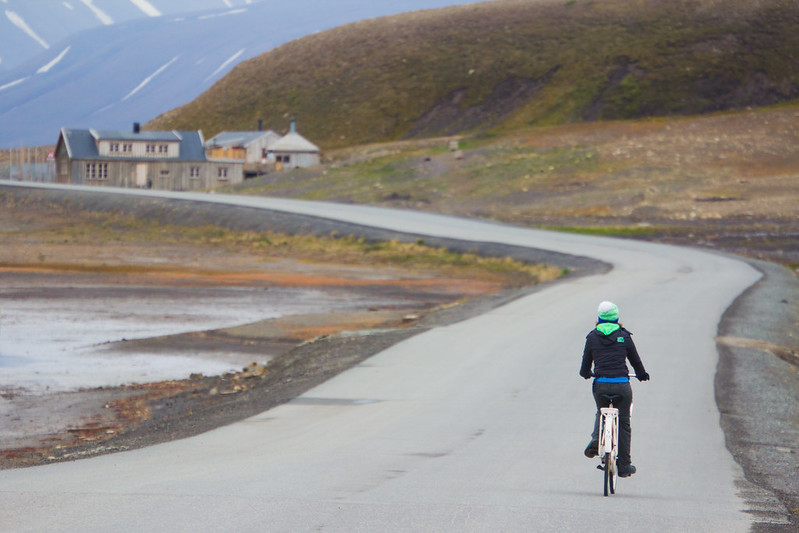 After spending some time exploring Longyearbyen, and running some errands, we decided that we would take the road out of the town, even further now away from the camp-site, and towards Mine 7. The road east now followed the fjord’s muddy banks, snaking alongside glacial scrapings, brown mud and shallow still water parting the two sides of the valley and the improbable mountains that loomed either side, cutting into the sky at wild, almost unbelievable, angles. We were the only people on the road, and we cycled away from the town eagerly, unsure as to what we might find ahead. 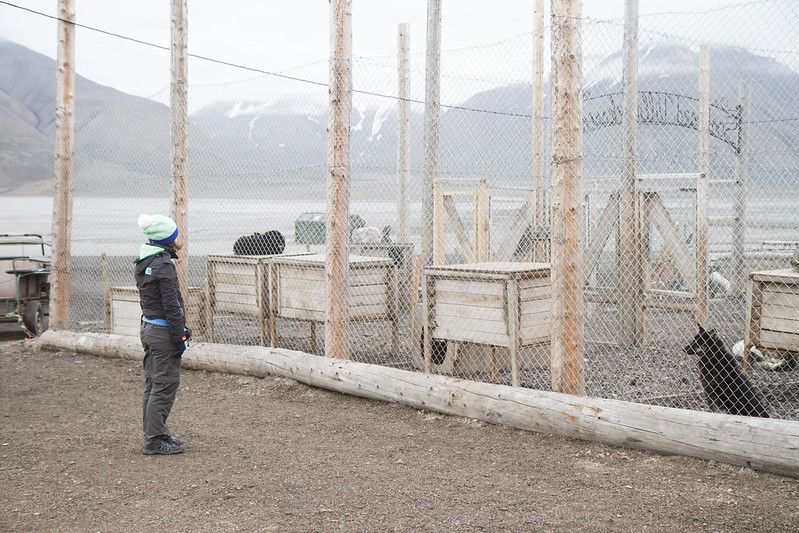 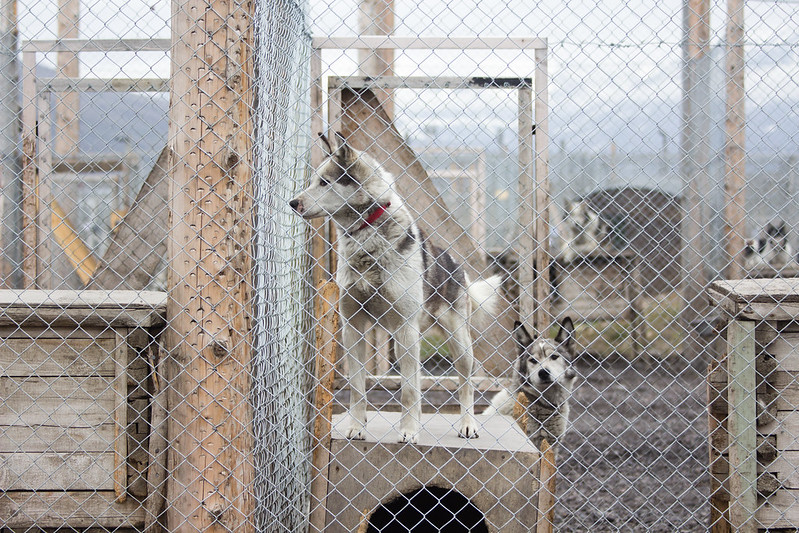 Eventually, we came across a Husky Kennel, where we decided to pause, and were treated to hot chocolates and cinnamon pancakes, sprinkled with sugar, crispy, hot, and sweet. This would be as far as we would travel, today, we decided, as we watched the huskies play in their kennels, boisterous and far better equipped for the climate than either of us could ever be, exhausted from cycling against raw wind. The road ahead felt just a little too distant, just a little too removed from civilization, to carry on. We would return, though, later, without a doubt, and better prepared this time, once we had found either a gun, or a car. 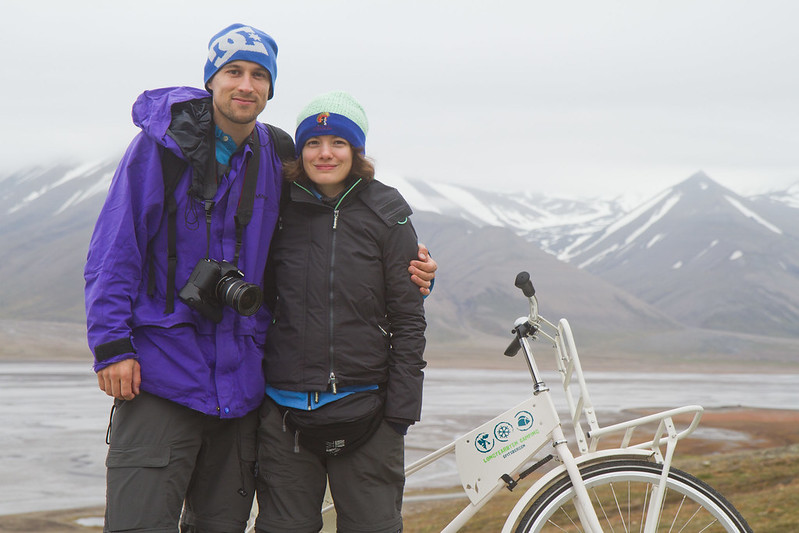